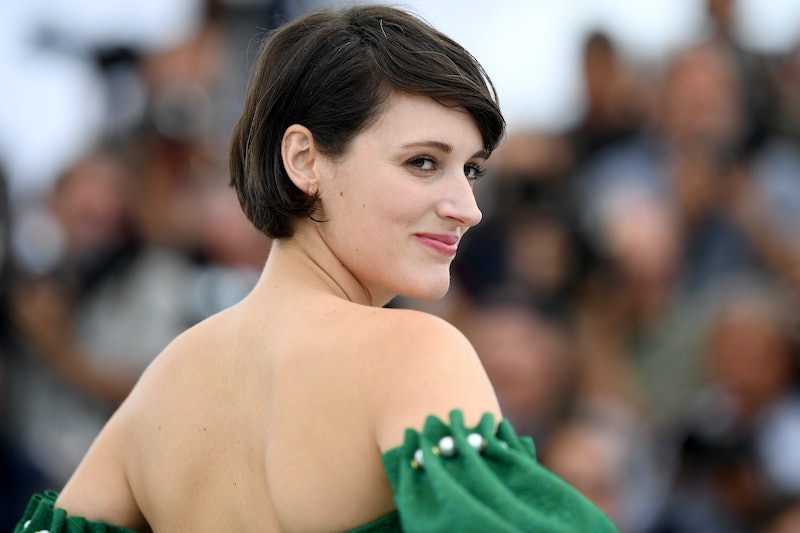 Clear your diary and prepare to laugh a lot. The BBC Three sensation Fleabag returns for series two on March. 4. Ever since Phoebe Waller-Bridge took centre stage on our screens in 2016, I have been obsessed. Undeniably funny, completely outrageous, and with a bit of a dark side, Waller-Bridge wrote and starred as the heroine I needed. It is impossible not to see a little bit of your own life in Fleabag and, for that, I salute her. Her series of unfortunate dating escapades are a source of much amusement in Fleabag, but they've got me wondering: who is Phoebe Waller-Bridge dating IRL?

I contacted a representative for Waller-Bridge to ask if she is currently dating anyone. I am still waiting on a reply, but will be sure to update you when I hear anything.

In Dec. 2017 People magazine exclusively broke that Waller-Bridge would be getting divorced from her husband Connor Woodman. W magazine reported that Woodman, who is a documentary filmmaker, first met Waller-Bridge in 2012 when he saw her in a play. A source told People that “they’ve been separated for a little while now” and a representative for Waller-Bridge confirmed the split to the magazine.

Since then, the Evening Standard has linked Waller-Bridge to writer and director Martin McDonagh. The publication linked the pair after she attended the screening of his massively successful film Three Billboards Outside Ebbing, Missouri. The Evening Standard also reported that they sat near one another at the Golden Globes in Jan. 2018, and "exchanged a quick peck" when McDonagh won big.

It is hardly surprising that the spotlight has been on Waller-Bridge after series one of Fleabag was such a resounding success. The phenomenal show was picked up by the BBC after it was performed by Waller-Bridge at the Edinburgh Fringe as a one-woman show.

The way that Fleabag is written makes it completely addictive TV. Speaking to the Guardian about series one, Waller-Bridge said: “I write from the point of view of what I’d like to watch. I’m always satisfying my own appetite. So I guess that means transgressive women, friendships, pain. I love pain.”

While Waller-Bridge has been the face of Fleabag, she has been open about the fact that it was her best friend and Fleabag co-creator Vicky Jones that encouraged her to first start writing writing. Vogue reported that the pair created their own theatre company, DryWrite, in 2007. Experimenting with writing, ideas, plays, and TV shows with your best friend sounds like heaven to me. Speaking about their relationship in the Guardian, Waller-Bridge said: “Everything began to make sense in my life.”

The pair have joined forces once more to bring series two of Fleabag to our screens, and, if you loved how raw series one was, you are in for an absolute treat. In a statement, the BBC revealed: “Alongside familiar faces — uptight sister Claire, and her alcoholic husband Martin, Fleabag find[s] herself intrigued by Godmother’s new Priest. The evening comes to a tempestuous end however, when an unexpected attack brings old tensions bubbling to the surface.”

I can hardly wait for series two of Fleabag. While Waller-Bridge appears to prefer to keep her romantic life private (which is totally fair enough), it's clear that she has found a brilliant partner in crime in Vicky Jones. The pair created one of my favourite characters to date and I have no doubt series two is going to be just as outrageous.

Fleabag is available to watch on iPlayer from 10 a.m. on March. 4, and there will be a showing of the first episode on the same day at 10:35 p.m. on BBC One.