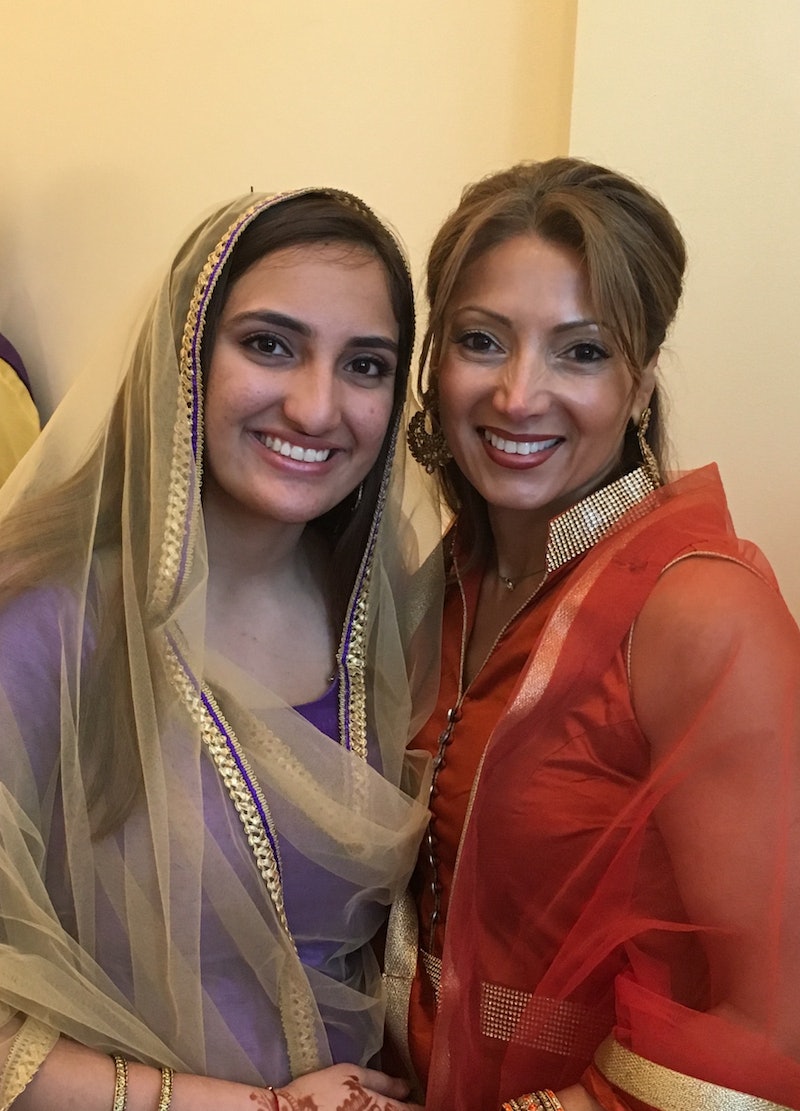 Preet Didbal is smashing through cultural and gender barriers. The Yuba City, California, native will be sworn in as mayor of her hometown this Tuesday, making her the nation's first Sikh American woman to serve as mayor. Didbal, whose family immigrated from India, says her success is a perfect embodiment of the American Dream her parents sought. But she's also hoping her achievements empower and inspire other young women to further break through the barriers of gender.

"In my wildest dreams I never thought that I would be doing this," Didbal tells Bustle. "I'm still trying to soak it all in. It's very exciting and extremely humbling the amount of support that's been coming out."

Didbal currently serves as Yuba City's vice mayor. She was selected to serve as mayor by the city's five-member city council in late November. As a city which operates under a Council-Manager form of local government, Yuba City tasks its city council with electing a new mayor from within its ranks each year.

"I'm incredibly humbled by and grateful for the responsibility our community has invested in me," Didbal said in a statement released Nov. 27 by the Yuba City Council. "This is such an honor and incredibly exciting, for me and even more so for my family. It is truly the manifestation of the American dream."

For Didbal, the desire to pursue a career in local government grew out of a desire to give back to the community she credits with having given her family such rich opportunities. Didbal's parents immigrated to America from India's Punjab region in 1968 with the hope of living the American Dream and building a better life for their children. Didbal wasn't born until after her parents had immigrated. In fact, she was born and raised in Yuba City, where her parents settled and took jobs as farm laborers. "I feel very, very connected with the community [and] with Yuba City," Didbal tells Bustle. "It has given my family so much."

But pursuing a career in government is sometimes easier said than done. And Didbal had doubts she'd succeed when she made her first venture into local government by applying for a spot on Sutter County's Planning Commission in 2004. "Traditionally, planning commissioners are appointed by folks that they know and they have a relationship with, as far as they know their work. Well, I wasn't in that situation," Didbal tells Bustle about the lack of connections she had prior to her appointment. In talking over her concerns with her father, however, Didbal found encouragement and empowerment. "If that's what you want to do, then go find it. Go do it," Didbal says her father had told her.

Didbal's father, who died six years ago, continued to be a source of encouragement and empowerment for her even after his death. "His passing taught me so much about living and living life with meaning and contribution," Didbal tells Bustle, adding she was inspired to further her contribution and civic engagement by running for an elected position following her time as an appointed official. "It changed the way I was thinking. He passed in 2011 and I ran for office literally the next year, and then two years later ran again."

After two years on the Sutter County Planning Commission, Didbal was appointed to the Yuba City Planning Commission in 2006. In 2012, she ran unsuccessfully for the Sutter County Board of Supervisors before being elected to the Yuba City City Council in November of 2014. Didbal's election to the city council made her the first Sikh American woman to serve on a U.S. city council. And in 2015, California Congressman John Garamendi celebrated Didbal as one of the Women of the Year in his district for her work in women's health and Sutter County youth programs.

Just as her father empowered her, Didbal hopes her appointment as mayor empowers others. Specifically, she's hoping to send a message to young girls that "regardless of what your background is or what walk of life you come from, you can make a difference."

"For me, I was always the kid that asked why, and I didn't like the answer when it would be, 'because you're a girl' or 'because you're a woman,'" Didbal tells Bustle about growing up in a family that, for a time at least, held rather traditional ideas about gender roles. Didbal says her parents' views on gender changed over time but that "it did take a long time [and] a lot of in-depth conversations."

"I'm hoping the biggest impact will be with young girls within our Sikh community," Didbal tells Bustle, in reference to Yuba City's significant Sikh population. "Because as much as things have changed, I think we still feel the barriers of gender as women."

More like this
Sandra Bullock, Girlboss Extraordinaire
By Matt Harkins & Viviana Olen
36 Influential AAPI Voices On Pride, Power & Progress
By Faith Xue
How The City Healed Five Years On From The Manchester Arena Attack
By Ella Glover
Here's Your Daily Horoscope For May 24, 2022
By Mecca Woods
Get Even More From Bustle — Sign Up For The Newsletter