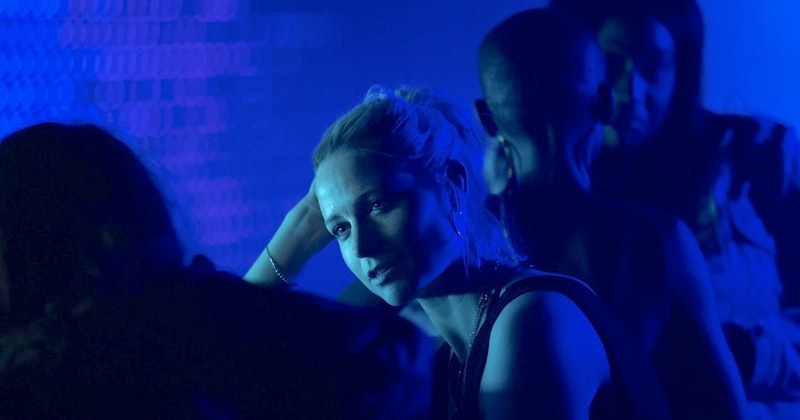 Rose Cartwright's memoirs about her struggle with mental health come to life in the new Channel 4 series Pure. The comedy-drama follows the story of Marnie, who after moving to London from a small town in Scotland, begins to explore and comes to terms with her obsessive compulsive disorder. Making up the cast of the show is Irish actor Niamh Algar, Peaky Blinders star Joe Cole and many more. But who is Niamh Algar?

According to Screen Daily, Algar was born and raised in Ireland, and first began working on her craft by participating in workshops at the Bow Street acting academy in Dublin. Algar's first major role was in the 2017 indie film Without Name, which screened at the Toronto International Film Festival, and the BFI London Film Festival back in 2016. While attending the London festival, the actor secured her first agent, and when said of the experience which saw her relocate to the UK capital, "I came over for the festival and didn’t leave."

As Screen Daily reports, the first audition organised by her new agent was for a leading role in Shane Meadow's Channel 4 drama, The Virtues. Algar went on to bag a part in the series, and played the character of Dinah opposite actor Stephen Graham. After the success of Virtues, the Irish-born actor has since gone on to star in the Channel 4 series The Bisexual, alongside Desiree Akhavan and Maxine Peake. And as reported by Variety, she is currently working on the BBC political thriller MotherFatherSon, along with Richard Gere, Helen McCroy and Billy Howl.

The Pure actor made her film debut in Nick Rowland's dark family drama, Calm With Horses. The film was shot on the west coast of Ireland, reports Screen Ireland, and produced by Film4 and Michael Fassbender's DMC Film. In addition to Algar, the cast of Calm With Horses included fellow Irishman Barry Keoghan, who is most notable for his role in the Oscar-winning war flick, Dunkirk. After conquering British television, it seems that Algar has her sights firmly set on Hollywood. When speaking of her desire to find work across the pond, the actor said "I’d love to venture to America. I’ve been playing Irish quite a bit and it serves me well, but I’d like to change into a different accent."

As previously mentioned, Algar's latest gig is in the new Channel 4 series Pure, in which she plays the character of Amber, a journalist who takes lead character Marnie under her wing. Despite working on the television adaptation, Algar revealed to Channel 4 that she chose to not read the book on which the series based before filming took place.

She said "I hadn’t read Rose’s (Cartwright) book when we filmed — I have since, but I made a point of not reading it beforehand, because Amber doesn’t know what Marnie is going through," and added "I felt that was kind of important, to maintain that sense of naivety, because there is a limited awareness within this area of mental illness."