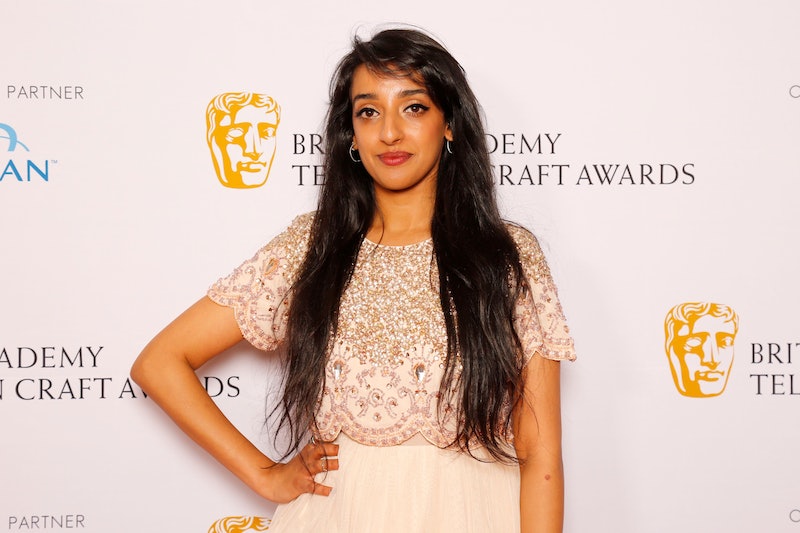 The TV adaptation of Rose Cartwright’s acclaimed memoir Pure gets underway this week on Channel 4. The new comedy-drama follows a young woman's experience of living with a form of obsessive compulsive disorder, and tells the story of her journey to discover more about her condition. Scottish actress Kiran Sonia Sawar portrays the character of Sheeren in the new series, an old school friend of the show's protagonist. But who is Kiran Sonia Sawar?

According to the Sunday Post, the British actress grew up in Glasgow, and went on to study Marine Biology at the University of St Andrews. Sawar then began training at the Oxford School of Drama before leaving in 2012. Previously, Sawar has starred in TV shows such as Next of Kin, Deep State, and Black Mirror, and, according to the Radio Times, the actress received critical acclaim for her role in Murdered By My Father, in which she played a British-Asian Muslim teenager who is murdered by her own father as part of an honour killing. More recently, Sawar appeared in the controversial Channel 4 drama Brexit: The Uncivil War, a series based on the "Leave" campaign during the 2016 EU referendum. Speaking to Channel 4 about Brexit: The Uncivil War, Sawar said:

"It was an incredible experience, working with a writer of James Graham’s calibre was extraordinary. He’s such a nuanced writer and talent. The wealth of actors in the show also was amazing. I learnt a lot from my peers, especially getting to see Rory Kinnear work. Toby the director has a very interesting way of shooting scenes in an open environment and was interested in improv and freedom of text which I really enjoyed as well."

Pure follows the story of a young woman named Marnie whose life has been taken over by constant, intrusive sexual thoughts. According to the Radio Times, the lead character initially assumes that she might be a sex addict. However, after leaving her Scottish hometown for London, the 24 year old soon discovers that she actually has a form of obsessive compulsive disorder (OCD). Upon her arrival in London, Marnie moves in with her old friend, Shereen (Shawar), who appears more than happy to host Marnie as a roommate at first. But soon, things start to get complicated.

The cast of Pure includes Peaky Blinders actor Joe Cole, who stars as Charlie, while The Bisexual’s Niamh Algar and Fleabag star Anthony Welsh portray the characters of Amber and Joe, respectively. The show's lead is played by acting newcomer Charly Clive. Speaking to the Radio Times, Clive revealed exactly how she managed to bag her first ever acting role in the Channel 4 series:

"I got an email to audition and I didn’t have representation at the time. I didn’t think it was a scam, but I was pretty cautious. I was just really excited for the opportunity to audition for something legit on television, paid. So cut to now and it’s kind of a crazy 'journey.'"

The show's director Aniel Karia opened up to the Radio Times about why the comedy-drama genre was selected to tell the story of a person's real-life mental health struggle:

"It’s probably the naffest thing I’ve ever said. But life itself is a bit of a comedy drama. Life every single day can be mundane and sad but hopefully it can be comic as well."