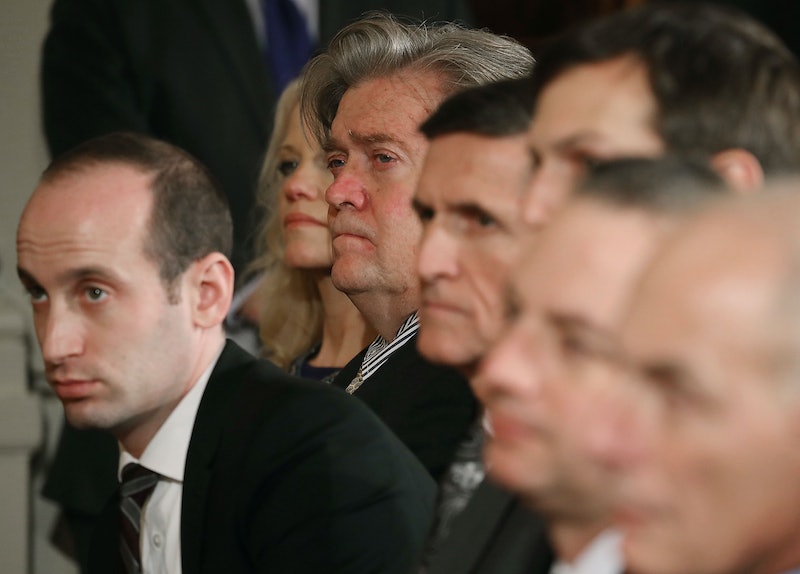 When you turn on the news, much of what you see now seems surreal. Each week, some new piece of either bizarre or concerning information about the administration attracts attention from the public. And now, one particular mega-donor and part owner of everyone's favorite right wing news site is creating chatter after Steve Bannon's removal from the National Security Council on Wednesday. So, who is Rebekah Mercer? She's a powerful Trump donor who has been standing in the shadows.

According to POLITICO, Mercer has been a confidante to Bannon for quite some time, due to her connection to him through Breitbart and Cambridge Analytica, a data analytics firm owned by both her family and Bannon. A GOP operative told POLITICO that Mercer had allegedly convinced Bannon not to resign from his position in Trump's administration after being ousted from the National Security Council.

However, the White House denied Bannon had ever threatened to leave the administration in the first place. Bannon also responded to the POLITICO report that he was allegedly considering stepping down, calling it "total nonsense." Even so, the whole situation has sparked interest in Mercer's role as Republican mega donor.

Mercer reached prominence thanks to the small fortune invested by her father, Robert, a billionaire hedge fund manger. According to The Washington Post, that started after the GOP's 2012 loss. Incensed by the meager showing against Obama, she began to direct lots of the family money to rightwing super PACs and think tanks that work to limit the influence of government. One of those causes she decided to back was Trump's presidential campaign, after he won the Republican primary.

Many have wondered what the Mercers really want. As Rosie Gray, writing for The Atlantic put it, "who knows? No one seems to know what motivates the Mercers or what policies they want to see enacted, even people who have worked closely with them or for projects funded by them," Gray wrote. "While they’ve poured money into conservative causes, they’ve also invested in projects explicitly aimed at overturning the modern conservative movement." She went on to list examples like the Breitbart investment and even Trump himself.

Trump may not have been her first choice (she supported Texas Sen. Ted Cruz at first), but it's certainly possible that she has his ear. One of his first appearances after the election was at a party that Mercer and her father put on in Long Island, Town & Country reported. It was superhero themed and Trump showed up as himself, of course.

When she's not involved Trump's inner circle, the Stanford graduate and former Wall Street broker spends her time in the cookie business. She runs the online cookie store Ruby et Violette and is also said to home school her children.

All in all, Mercer is quite the accomplished political insider — even if you completely disagree with her politics.