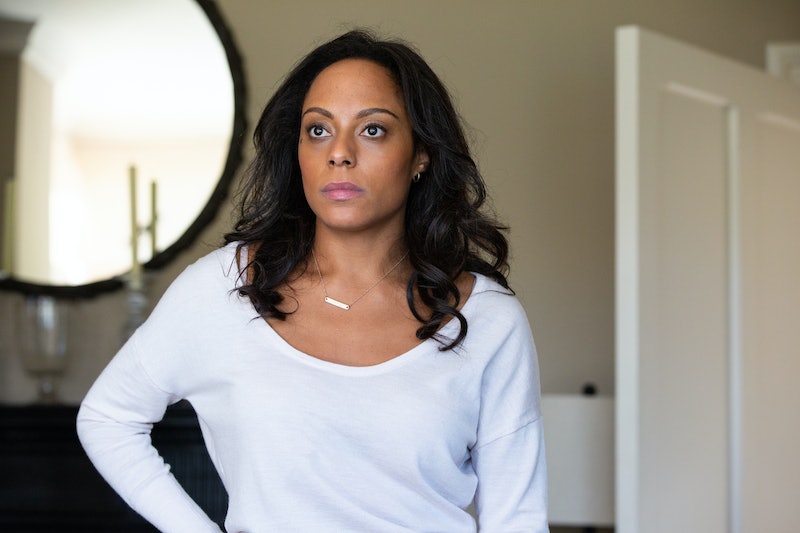 Set against the backdrop of Cumbria's Lake District, ITV's Deep Water tells the story of three women, each of whom face a series of tough choices whilst striving to do the best for their respective families. The brand new drama is adapted from Paula Daly's critically-acclaimed novel series, and stars the likes of Rosalind Eleazar, Anna Friel, and Sinead Keenan. But who is Rosalind Eleazar? Here's everything we know about the Deep Water star.

According to her official portfolio, Rosalind Eleazar is a British actor who currently resides in London. Some of Eleazar's previous TV credits include Channel 4's National Treasure and classic British medical drama Holby City. On top of that, the actor has previously appeared in the BBC's Howards End and crime-drama Rellik. Prior to her on-screen gigs, Eleazar completed a course at The London Academy of Music and Dramatic Art (LAMDA), and was later awarded the 2015 Spotlight Prize.

As mentioned previously, Eleazar is set to appear in ITV's latest thriller Deep Water, and will portray the character of Kate Riverty. According to ITV, the character of Riverty appears to have it all, however, her seemingly perfect life might be too good to be true.

The cast of Deep Water also includes the Emmy Award-winning Anna Friel as mother of three Lisa Kallisto, whilst the BAFTA-nominated Sinead Keenan will play the role of physiotherapist Roz Toovey. According to the Huffington Post UK, Deep Water tells the story of three family-oriented women who are forced to make some difficult decisions whilst attempting to hold their lives together, and keep their heads above "deep water."

The series will also focus on the modern pressures of motherhood, and one of the show's stars, Sinead Keenan, previously revealed that the ITV drama "takes a peek" behind closed doors. She said, "You have no idea what is going on behind closed doors, Deep Water takes a peek behind those closed doors. Happy families may not be so happy, they rarely are. The ones who you think have a perfect life, you can almost guarantee they don’t, everyone is struggling to some extent."

According to the Radio Times, the six-episode drama was written by famed screenwriter Anna Symon, and when discussing the new series, ITV's Head of Drama Polly Hill, had nothing but praise for the television adaptation. In a statement, she said, "Anna (Symon) has cleverly woven together two of Paula’s brilliant novels, to create a wonderful modern and layered series. It’s about three very different women on their own incredible and often shocking journeys, whose lives connect at the school gates. It’s funny, sexy, truthful and often outrageous, and should have the audience asking what they would do to hold their own family together."

As reported by The Sun, the new series gets underway on Wednesday, August 14 at 9 p.m. on ITV1, and following Deep Water's six-week TV run, the entire first season is expected to be made available on the ITV Hub.

I don't know about you, but this ITV drama sounds like the perfect slice of evening drama, and I can't wait to delve into each of the women's stories.