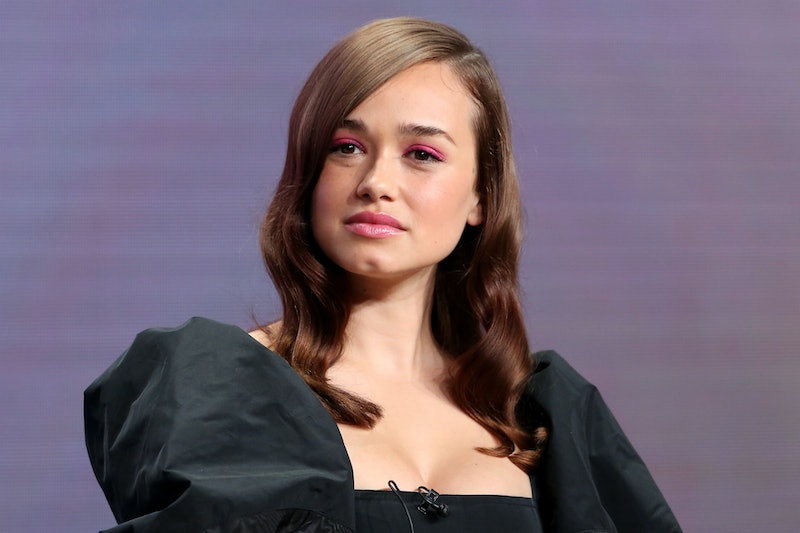 ITV's latest period drama Sanditon originates from Janes Austen's unfinished novel of the same name, and tells the story of a young woman who arrives in a seaside town on the brink of a major transformation. The series was adapted by the award-winning screenwriter Andrew Davies, and the cast of Sanditon includes Rose Williams, Theo James, Kris Marshall, and more. But who is Rose Williams? Here's everything we know about the Sanditon star.

According to her official portfolio, Rose Williams is a British actor, model and writer, with a wide range of film, television, and theatre credits to her name. As reported by iNews, Williams has previously appeared in the long-running BBC drama Casualty, the Italian-British produced series Medici, and the CW network's Reign. According to Screen Daily, the London-born actor appeared on the CW Network series for three years, and back in 2014 she moved to Toronto full-time whilst filming the show. Williams eventually made her way back to the UK, and later appeared in the Sky One crime-drama, Curfew.

As mentioned previously, Williams currently stars as the lead in ITV's newest period drama Sanditon, and according to the Radio Times, she portrays the character of Charlotte Heywood — a young woman from a well-respected family, who relocates to Sanditon after being invited to stay in the seaside town.

The character of Heywood is also described as having "enormous energy," reports iNews, and throughout the show's eight-episodes, Charlotte will set out on a journey of self-discovery which is sure to be full of twists and turns. During an interview with Good Housekeeping, Williams revealed that Sanditon's refreshing portrayal of a period drama heroine is what "drew" her to this particular role. Speaking to the publication, the actor explained, "That’s the thing that drew me to the project," and continued, "There are hints in the book that the parents are wanting her to fly their nest and perhaps find somebody but that’s not explicit in our version and something I wanted to make really clear."

Williams went on to explain that her character's attraction to the town of Sanditon overrides her desire to find love, and although the drama is considered a love story, it isn't the focal point of the character's aspirations. In the interview, she added, "It is a love story but that’s something that finds her as opposed to her seeking that out, which I think is cool."

Sanditon debuts on ITV1 on Sunday, August 25 at 9 p.m., and will continue to air weekly during the show's eight-episode run. According to iNews, viewers will be able to catch up with any missed episodes via the ITV Hub — and if this series lives up to expectations, you won't want to miss out on a second.

More like this
The Love Island 2022 Reunion Drama, Explained
By Sophie McEvoy
Nicola Walker Is Confident About Emma & Ian’s Future
By Frances Stewart
Sean Bean’s Wife Starred In Your Favourite Childhood Show
By Sophie McEvoy
A Political Thriller Inspired By The Munich Massacre Is Coming Soon
By Darshita Goyal
Get The Very Best Of Bustle/UK