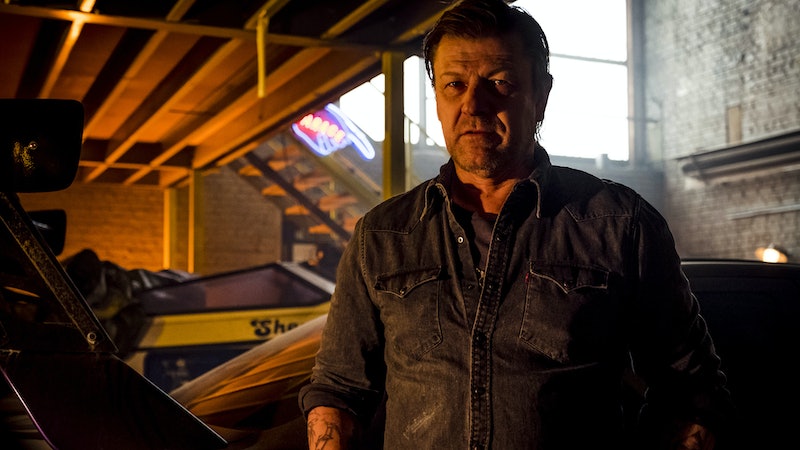 The Sky television series Curfew tells the story of an unstoppable and unknown virus which has managed to overwhelm planet Earth. In an attempt to protect citizens from the virus, the UK government impose a nationwide curfew between 7 p.m. and 7 a.m. The first series of Curfew boasts an all-star cast, and is set to conclude this week (Friday, April 12) on Sky One. But will Curfew return for Series 2?

As it stands there has been no announcement in regards to a second series. I have reached out to Sky for comment on the matter, and will update with any new information once it becomes available. According to the Guardian, the series takes place in a fictional United Kingdom which has fallen victim to an unstoppable virus. Because of this, a strict curfew is in operation across the country, and when the evening sirens go off, people must rush home and await the morning. It is then revealed that the only way anyone can escape the governments regime is by taking part in a massive, but secret car race — the winner of which will bag a place on an island, where people can supposedly live freely as scientists work on a cure.

The cast of the Sky series features some huge names from UK and U.S. television, including Game of Thrones star Sean Bean as Errol Chambers, Mary Queen of Scots actor Adrian Lester as Simon Donahue, Titanic's Billy Zane as Joke Jones, Academy Award-nominee Miranda Richardson as Lou Collins, Black Mirror star Phoebe Fox as Kaye Newman, and more. In a press release about the series, Sky's head of drama, Anne Mensah, said, "When Sky does dramas about car races, we do them like no other broadcaster. Funny, emotionally truthful, visceral and above all fast — Curfew is the perfect Sky One show."

As Deadline reports, the eight-part drama is produced by Tiger Aspect Productions and Moonage Pictures — which is led by the Peaky Blinders executive producers Will Gould, Matthew Read, and Frith Tiplady. Discussing their collaboration with the broadcaster, Read said in a statement, "Sky have been incredibly supportive throughout the development of such a bold and ambitious show and I couldn’t be more pleased by the creative team that has been assembled to deliver a story that we have filled with as much excitement, emotion and dynamism as possible."

According to the Express, the first series first began airing on Sky One on Friday, February 22 and will conclude this week (Friday, April 12). Sky customers are able to watch Curfew at the same time as its TV broadcast on the Sky Go app, or through NOW TV. All episodes are also available to catch up with on Sky's on demand service.

The eighth and final episode of Curfew season one airs on Sky One at 9 p.m. on Friday, April 12 — and if you haven't got around to watching this thrilling series just yet, now is the perfect time.

More like this
Everything To Know About 'The Undeclared War' Season 2
By Rachel Mantock
'Sherwood' Season 2 Is Officially In The Works
By Sam Ramsden
Where Is Oscar Torres In 'Only Murders In The Building' Season 2?
By El Hunt
An 'Emily In Paris' Fave Is Joining Season 5 Of 'The Crown'
By Bustle Editors
Get The Very Best Of Bustle/UK