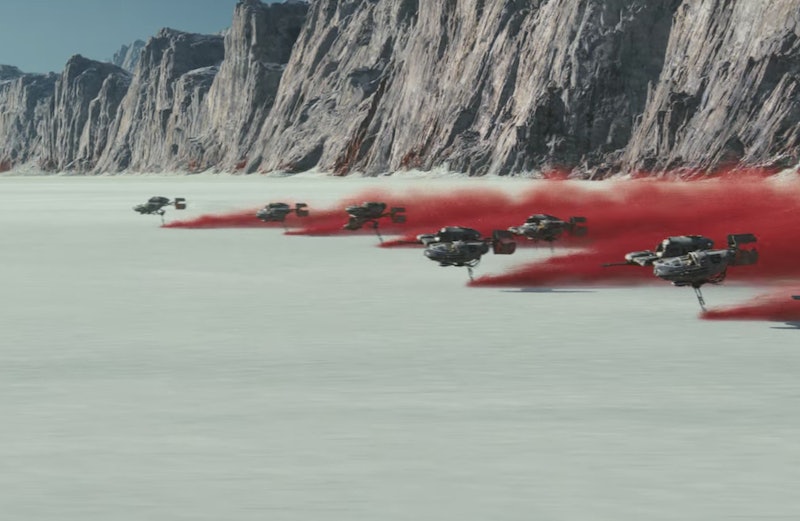 On May 24, Vanity Fair released an exclusive cover story for The Last Jedi and gave us our a first look at what we can expect for the sequel. This December, we'll be able to see our favorite characters and a few new ones roam the galaxy. Among those new characters is Paige, Rose Tico's sister. According to Vanity Fair, Paige is a gunner who's being trained by Resistance fighter pilot Poe Dameron, played by Oscar Isaac. The new character will be played by a Vietnamese actress named Veronica Ngo. But what else do we know about the character? Well, not much.

Ngo was born in Trà Vinh, Vietnam, and when she reached the age of 10, she moved to Norway, before moving back to Vietnam to pursue an entertainment career. She broke into acting when she landed the role as Thuy on an MTV Asia series called Rouge. After that, according to Vietnam Breaking News, she continued her career by directing and acting in films like Crouching Tiger, Hidden Dragon: Sword of Destiny and Tam Cam: The Untold Story.

Fans are already showing their support for the actress as her role Paige in The Last Jedi unfolds. However, we don't have much of a storyline for her yet besides the fact that she's a gunner and Rose's sister. Rose, who is also a newcomer to Star Wars, is a maintenance worker for the Resistance played by Kelly Marie Tran. According to Vanity Fair, her part will be pretty substantial, as her plot line involves a mission behind enemy lines with Finn, played by John Boyega. I had no clue Rose would have a sister, so this is some exciting news. And fans on Twitter are excited, too.

They're even envisioning her costume.

We'll have to wait on an official trailer to get more dirt on what else Paige has up her sleeve. But one thing is for sure: that December release date for The Last Jedi can't come soon enough.

More like this
Everything You Need To Know About The 'Knives Out' Sequel
By Grace Wehniainen
Everything To Know About 'Scream 6'
By Jack Irvin and Jake Viswanath
What Does The Presley Family Think Of 'Elvis'?
By Arya Roshanian
The 'Hocus Pocus' Sequel Finally Has A Release Date & It Makes Total Sense
By Shannon Barbour and Radhika Menon
Get Even More From Bustle — Sign Up For The Newsletter