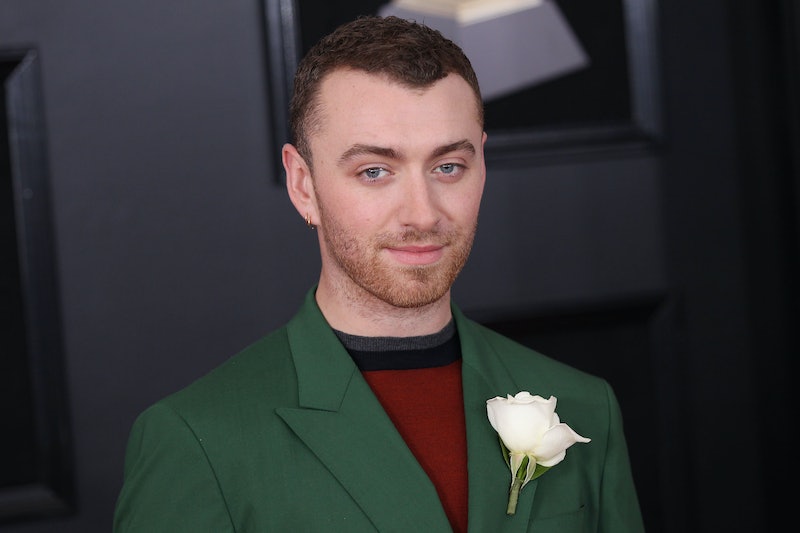 The Grammy Award-winning Sam Smith has enjoyed quite a year after kicking off a worldwide tour, and releasing a string of successful singles including "Promises" with Calvin Harris, and "Dancing With A Stranger" alongside Normani. However, the singer did experience some recent heartbreak after ending his relationship with 13 Reasons Why actor, Brandon Flynn. But who is Sam Smith dating at the moment?

Well, if social media gives us any indication, the "Stay With Me" singer doesn't appear to be dating anyone at the moment. I have reached out to Smith's representatives for comment, and am currently waiting for a response.

During a recent appearance on Will Young's podcast, Homo Sapiens, Smith opened up about the struggles he faces while on tour, which he began experiencing after his eight-month relationship with Flynn came to an end. As reported by Female First, he said: "Being on tour is a bit of a crazy experience, I get really low sometimes on tour. I feel like I sound so depressing all the time when I talk about it, but I get depressed on tour. I think it's the responsibly and pressure that makes me struggle."

The 26-year-old singer also went on to confess that, while single, he can't bare to witness other people's romance. He told Young: "I've just gone through a break-up so I'm not in the mood for romance. When I see couples I just want to poke their eyes. It's hard to be happy for other people when you feel so s***."

Despite struggling with the demise of his previous relationship, Smith still speaks very highly of his ex-boyfriend. He said on Homo Sapiens: "Brandon was wonderful. I'm still trying to figure out what I took from that relationship and what it meant to me. It's still quite raw. All my relationships have ended in a nice way, never nasty."

As previously reported by Bustle, Smith and Flynn first began dating back in late 2017, and went on to confirm their relationship during an appearance on The Ellen Degeneres Show. However, in June the following year, news broke that the couple had parted ways. The sad announcement came in the middle of Smith's The Thrill of It All tour, and shortly afterwards, the "I'm Not The Only One" singer went on to delete all Instagram posts that included his former boyfriend.

As it stands, it appears the Brit Award-winner is happy being single, and has ruled out using dating apps in order to find love. During his appearance on the Homo Sapiens podcast, Smith explained "Right now, the thought of getting into a relationship is too much. I just want to marry my job, work really hard and hopefully, when I'm not looking for (love), it will come." However, the singer did reveal that when he is dating, he can't help but become a hopeless romantic. According to Female First, he went on to say "I love sending flowers, leaving notes around the house and making thoughtful presents. I feel like I'm in a Richard Curtis film all the time. Which is bad, because I think everything should be like a movie and I get anxiety when it's not."

Well, I for one hope that Sam is happy, whatever his relationship status, because he absolutely deserves it.