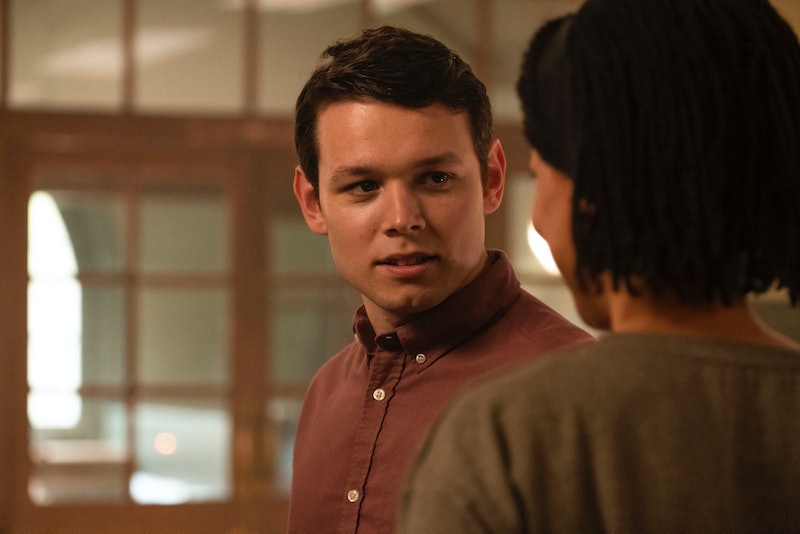 Killing Eve is one of the biggest shows to come out of the UK in recent years. Bringing together some of the best talent the UK and Ireland has to offer as well as a few from the other side of the pond. So needless to say, some stars on the show are getting absolutely unprecedented attention from fans. Take for example Sean Delaney who plays MI6 hacker tech whizz Kenny. So who is Sean Delaney?

Well, he is a guy who is starting off his career with a bit of a big hitter. Yes guys, this is his first starring role. However, diehard Midsomer Murder fans might recognise him as he has appeared on the hit detective show before. A show about a place with one of the worst murder rates in the world.

Delaney is a RADA graduate and is also a star of the stage. Recently he has been treading the boards on the West End with a production of Jez Butterworth's The Ferryman which has since moved over to Broadway. The play, set in 1981 Northern Ireland, has received rave reviews and won multiple awards. It moving over to Broadway means not only has Delaney been able to travel lots while shooting Killing Eve, but also he has now had the opportunity to move to New York! Lucky guy.

"It was incredible to listen to this really experienced, bold and brave actress, speak about her career to us and give us advice. Three years later, we're on set together playing mother and son in a TV series. It's a 'pinch me' moment. If I think about it too much, I'll probably start crying".

One of the best moments in season one was the hilarious revelation that Kenny was Fiona Shaw's character Carolyn's son. As Eve had previously thought they were merely colleagues.

Season 2 is being billed as having a serious increase in the drama stakes. Hold onto your hats kind of stuff. White knuckle ride, oh-no-she-didn't vibes. I know right, sounds amazing. And for Kenny, that will mean a lot more hacking and tech prowess. Which ironically, is a serious stretch for Delaney as he claims he is a bit of a Luddite. Speaking to Teen Vogue he said he barely has a grasp of the basics.

"It was definitely an intimidating prospect to pull off the idea that I was a whiz kid at computers when I can barely switch my phone on and off at the end of the day".

As the season has already aired in the U.S., certain parts of the show have gone viral. One that I feel doesn't need a spoiler alert is fans' obsession with Kenny's shorts. Delaney says he is super clued in to peoples' interest in his character's attire. However, he told Teen Vogue his real life mum is the expert.

"As much as I've tried to avoid it, my mum has given me the lowdown".

Make sure and watch out for his shorts on the show.