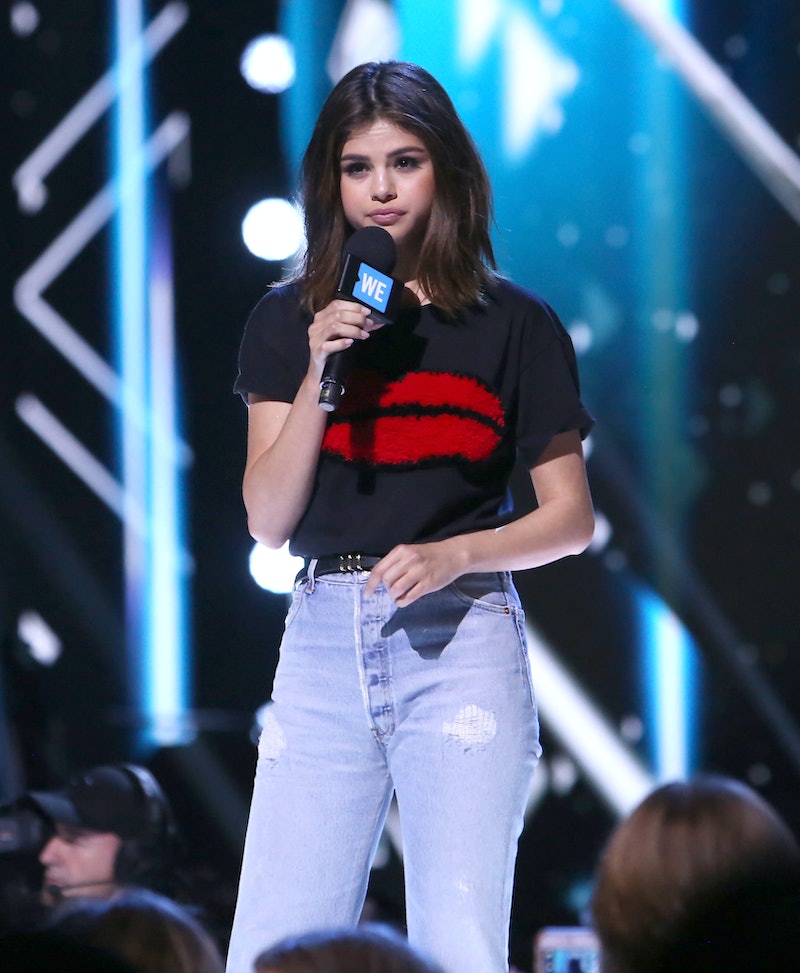 Let's be real here, Selena Gomez pumps out jams like it's her job. Luckily, it actually is her job, so she's right on track. Gomez's newest single "Bad Liar," which she may perform at the 2017 Billboard Music Awards, happens to be one of those songs that you'll be singing for weeks after only hearing it once. The lyrics can actually be interpreted in two different ways. If you're going through a breakup, maybe the words speak to you. But on the flip side, it could also be about falling for someone new, so it appeals to those of use with hearts in our eyes as well. For these reasons, the question remains, who is "Bad Liar" actually about?

Well, the general consensus on social media was initially that it was obviously about Justin Bieber and their tumultuous relationship and subsequent breakup. Of course, this was when everyone was interpreting the lyrics in a way that they were not completely intended. Once the Bieber speculation began flying, Justin Tranter, a songwriter on the track, took to Twitter to dispel that particular theory right away. The song was not lamenting about lost love; he explained that it was instead about the magical feeling that new love brings forth.

So wait, it is not about Biebs? Who else could warrant such a passionate serenade from Gomez? Well, in case you are unaware, she has been in a PDA-filled relationship with The Weeknd for months. It would make sense with the new information from Tranter that this song could potentially be about The Weeknd, right? If we were just speculating from what Tranter said, then that would be a theory you could possibly hang your hat on. Things get even more solid though, from there.

You see, Tranter signed his tweet with "Xo." Fans of The Weeknd know that Xo is his record company that he founded, and the phrase also appears on just about everything related to him and his music. Is it a coincidence? I don't think so.

Ladies and gentlemen, I think "Bad Liar" is totally about The Weeknd. This case is officially closed, as far as I am concerned.