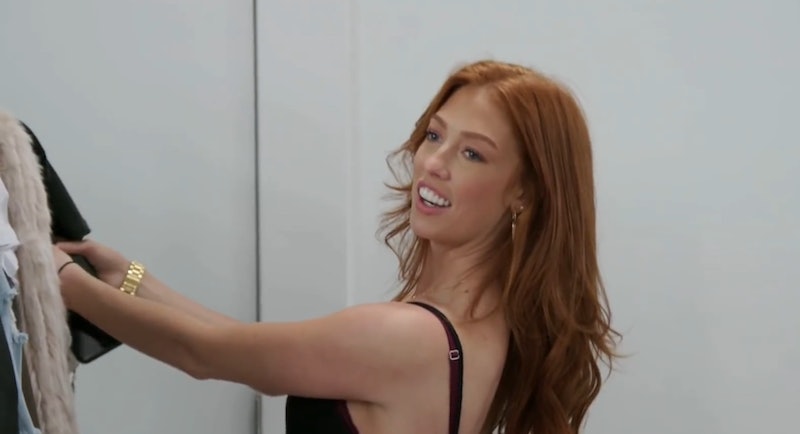 Kristin Cavallari hung up her reality television hat years ago with the 2010 series finale of MTV's The Hills, which she helmed following the departure of original star Lauren Conrad. And even that was years after she debuted as a teen on Laguna Beach. But now, Cavallari is back in the reality TV game on E!, documenting her Nashville business ventures along with a few camera-ready employees. So who is Shannon Ford from Very Cavallari?

Acccording to E! News' official cast bios for the new reality show, Ford is the social media guru for Cavallari's company Uncommon James. The site reports that she's from South Carolina, and dabbled in politics before moving to Nashville and settling on a career running social media. She's been an employee of Cavallari's for a while now, and apparently makes a name for herself by cultivating some drama among other employees with her "sarcastic sense of humor." She sounds like the perfect fit for Cavallari, who had no shortage of conflict surrounding her during her time on both Laguna Beach and The Hills.

A look at Ford's Instagram shows her promoting Uncommon James and living it up with her friends, as well as promoting the upcoming July 8 premiere of Very Cavallari.

Ford previously caught national attention when she was revealed to be dating Chicago Bears lineman Kyle Long, according to a Chicago Tribune article from last year. It appears they're not still together — Long's photo of the two of them has since been removed from his Instagram, and Ford is dating musician John Gurney, who's also slated to appear on Very Cavallari. But the Tribune report still offers insight into Ford's past, and reports that Ford studied political science and broadcast journalism at the University of South Carolina Upstate.

She was also a contestant in 2012's Miss Teen USA competition representing South Carolina, the Tribune notes, and there's even still video on YouTube of her answering questions for the pageant. She's also apparently a working model, with a page featured on the website of the Block Agency, a modeling company based in Nashville.

Ford's social media suggests she might have been with Uncommon James since the very beginning, or at least joined the company in its early stages. Some of her posts about the company date back to nearly a year ago, which is right around when Cavallari went public with the Uncommon James jewelry line. Us Weekly reports that Uncommon James officially launched in April of last year, and judging by what Cavallari told the magazine about it, she wouldn't let just anyone have influence over its social media.

"I’ve created a company," she said. "I’ve really poured my heart and soul into it. I’ve been involved in every little detail, so it’s extremely meaningful to me. This is my baby." Cavallari has also spoken about the decision to head back to reality television, and the security she feels with Very Cavallari that she didn't necessarily have with Laguna Beach or The Hills.

"I think this is the first show that I can really get behind and say this is in fact me," she told Us Weekly in another article. "Even though coming from reality TV, I could never really say that. So that’s nice for me. It’s the grown-up Kristin, and you get to see me as a boss now, and sort of handing the torch over to everybody else to allow to take the lead on the drama front. It’s not necessarily about my personal drama, which is very nice."

Now that the drama won't necessarily focus on Cavallari's personal life and relationships, supporting characters like Ford, her boyfriend, and the other employees of Uncommon James will have some big shoes to fill. And judging from the first trailer for Very Cavallari, they'll do just fine in bringing the drama.