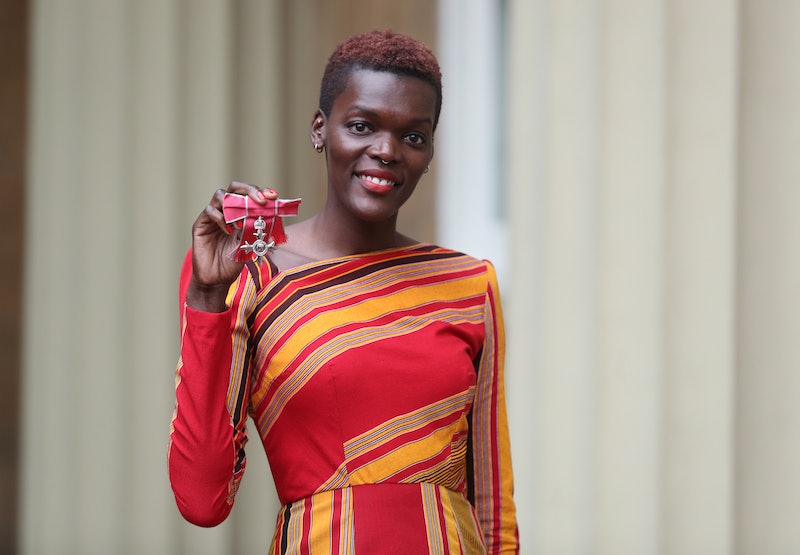 Agatha Christie's The Pale Horse is the latest novel from the famed author to be given the small-screen treatment, and starring the likes of Rufus Sewell, Kaya Scodelario, and Sheila Atim, the two-part BBC adaptation is sure to find itself atop your 2020 must-watch list. But who is Sheila Atim? Here's all you need to know about The Pale Horse star.

According to her portfolio, Sheila Atim is an actor, singer, composer, and former model. As the Evening Standard reports, Atim was born in Uganda, and at just five months old, she moved to the UK with her mother and was raised in Rainham, Essex. Atim's most recent on-screen roles were seen in Amazon's The Feed, the Sky comedy Bounty Hunters, and Hulu's Harlots. However, the actor also boasts an impressive history of theatrical credits, including her portrayal of Marianne in the Girl From The North Country — for which she was awarded the 2018 Laurence Olivier Award for Best Supporting Actress in a Musical. In recognition of her work on stage and screen, Atim was received an MBE for services to drama last year.

Atim's latest role can be enjoyed in the BBC's The Pale Horse, in which she plays the character of Thyrza Grey. The series follows the story of Mark Easterbrook during his attempts to solve the mystery of a list of names found within the shoe of a dead woman. During his investigation, Easterbrook winds up in the peculiar village of Much Deeping, and The Pale Horse — which is rumoured to be the home of a trio of witches.

The series is headlined by The Holiday's Rufus Sewell and Skins star Kaya Scodelario, who portray the characters of Mark Easterbrook and Hermia, respectively. As the Radio Times reports, the rest of the drama's cast is made up of Doctor Foster's Bertie Carvel as Zachariah Osborne, Elementary star Sean Pertwee as Detective Inspector Lejeune, Killing Eve's Henry Lloyd-Hughes as David Ardingly, and many more.

The Pale Horse is the latest Agatha Christie novel to be brought to life by screenwriter Sarah Phelps, who is most notable for her previous work on the BBC's Ordeal by Innocence and The ABC Murders. The new series is co-produced by Amazon Prime Video, and despite being adapted twice before for British television, it seems Phelps' take on the classic story has been awarded full approval by the Christie family, who praised the screenwriter's "unique style of adaptation."

The Pale Horse is now available on BBC iPlayer.