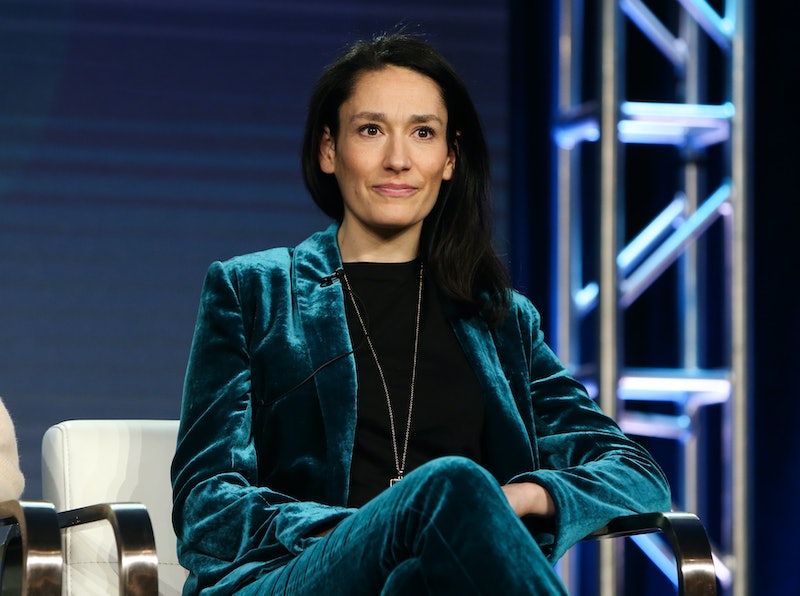 Season two of Fleabag is in full swing, and between Martin being punched in the face and a vastly inappropriate (and understandable) crush on a priest, I am fully obsessed. The BBC Three sensation has characters that walk the line between being totally despicable and completely brilliant. But, in my humble opinion, the real unsung hero of Fleabag is the anal and very uptight Claire. But who is Sian Clifford, he actress that portrays Phoebe Waller-Bridge's sister? Her career history would suggest she is comfortable both on stage and screen, and her IRL relationship with Waller-Bridge will seriously warm your heart.

While it's impossible for me to look at Clifford without thinking of Fleabag, she has actually played a range of roles, and had a number of exciting jobs, before becoming Claire. An actress, writer, and producer, Clifford graduated with a BA in Acting from the Royal Academy of Dramatic Art (RADA) in 2006. As the Telegraph reports, it was at RADA that Clifford met Waller-Bridge for the first time. In an interview with the Evening Standard, Clifford revealed that it took one tube ride for the pair to become partners in crime. Speaking to the newspaper about the time after the two left RADA, Clifford said: "We’d both be temping and she’d email me a script to ask for my opinion. It would be the best thing I’d read. I don’t know how she captures language in such an accurate way."

Clifford also revealed that Waller-Bridge fought for her involvement in Fleabag. She told the Evening Standard: “I didn’t have that much TV experience and this industry wants to put people in categories.”

Since her appearance in Fleabag series one, Clifford swapped the messy world of Claire for something a little bit more traditional. She starred in ITV’s adaptation of Vanity Fair as Martha Crawley alongside Olivia Cooke, Johnny Flynn, and Suranne Jones.

While she has made a big name for herself on national TV, Clifford is also an accomplished actress on stage. She starred in Beauty and the Beast as Belle at the Royal National Theatre. She also played Lucy in the Pains of Youth at the National Theatre and collaborated with fellow RADA alumni and Fleabag creators Waller-Bridge and Vicky Jones at Soho Theatre in the play Good Clean Fun.

As if acting on the stage at the Royal National Theatre and appearing in a massive critically acclaimed BBC series isn’t enough, Clifford also founded Still Space, an online platform that allows users to share techniques and coping mechanisms that can help you be more mindful in everyday life.

Speaking to Emma Gannnon on the podcast Ctrl Alt Delete about the power of meditation and mindfulness Clifford said: “If you see something on social media that upsets you take thirty seconds and sit with that feeling because I can guarantee it is nothing to do with the thing you are reading and observing and all to do with something going on inside you that is calling you to answer it, see it, befriend it, and heal it.” Sounds like Claire could use Still Space.

While I thought I might be the most excited one to see Claire’s return in series two of Fleabag, Clifford may have topped me. In an interview with the BBC she said, “Claire is in me. I think she is in all of us. I really relate to Claire I love her so much…Even in the first episode the journey that Claire goes on is extraordinary.” She continued:

“The three things I think we can take away from the first series [of Fleabag] is that it is okay to talk about mental health. Grief is something that should be shared and that women, and women’s experiences, are completely normal. We need to stop making ourselves small and get really brave and loud about sharing those experiences.”

I may love Claire, but I think I am more obsessed with Clifford. From owning centre stage, to starring in one of the best comedy programmes right now to running a wellness platform that helps you connect with yourself, she has got it all going on. You can catch Clifford in the next episode of Fleabag on March. 18.