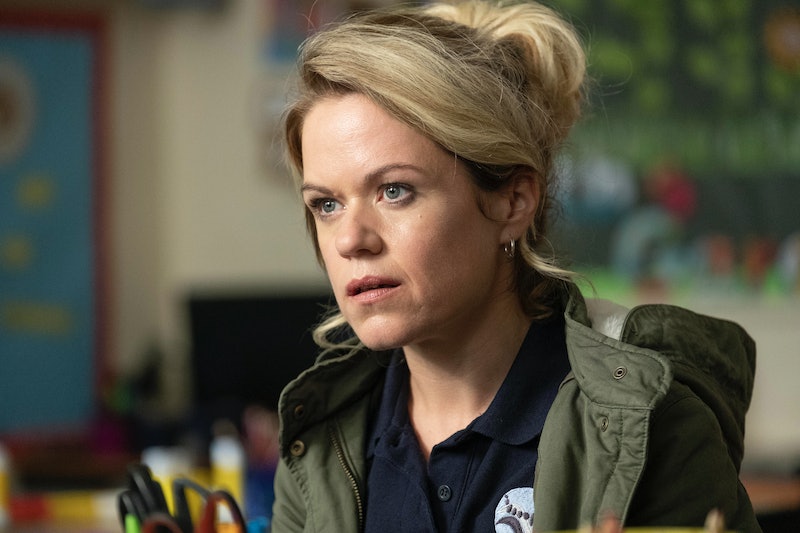 ITV's latest thriller Deep Water centres around the struggles of modern parenting, and follows three women as they attempt to juggle work and family life. The TV drama was penned by acclaimed screenwriter Anna Symon, and the cast of the new series includes Sinead Keenan, Anna Friel, and Rosalind Eleazar. But who is Sinead Keenan? Here's what we know about the Deep Water actor.

As the Telegraph reports, Sinead Keenan is an Irish actor who was born and raised in the city of Dublin. According to The Sun, Keenan also spent much of her childhood in her mother's hometown of Belfast, and later studied at University College Dublin, where she graduated with a degree in Sociology and History. Keenan's first major acting role came in 1999 when she appeared in the film Sunburn, and shortly afterwards, the Deep Water actor was cast in the Irish soap opera, Fair City, the publication notes. Keenan later moved onto a string of larger TV roles, and has previously appeared in the BBC's Being Human, Doctor Who, Agatha Christie's Poirot, and ITV's Little Boy Blue.

The Irish actor's most recent on-screen role is in ITV's newest drama Deep Water, and in a statement, the broadcaster previously revealed that Keenan will play the role of Roz — a debt-stricken physiotherapist who hopes to get her life back on track.

According to The Sun, the new series is set against the backdrop of Lake Windermere, and follows three "complex and vibrant" women as they face "tough choices with difficult and often messy repercussions." In addition to Keenan, the show's main cast also includes the multi-award winning Anna Friel as mother-of-three Lisa Kallisto, and Being Human's Rosalind Eleazar as the highly-organised Kate Riverty.

Deep Water is adapted from Paula Daly's critically-acclaimed Windermere novel series, and was penned by Indian Summers screenwriter, Anna Symon. When commenting on the new series, Kudos Film and Television's Chief Creative Officer, Karen Wilson, revealed that she is thrilled to be involved with the ITV production. In a statement, she said, "We are thrilled to be working with Anna and ITV on bringing these wonderful books to life, and telling stories about modern women in an interesting and beautiful part of rural Britain."

As mentioned previously, the series takes place within Cumbria's stunning Lake District, and show-writer Anna Symon revealed that Deep Water's setting is integral to the overall story. According to Hello!, she said, "It was really important to me that we used the scenery a lot… I wanted it to feel like these women go into huge journeys, huge choices. And by putting them in that very elemental landscape, particularly as the series goes on, we see them out and about in these huge landscapes. And it kind of gives a sort of an epic quality to their stories, rather than making them feel kind of small."

Deep Water begins on Wednesday, August 14 at 9 p.m. on ITV1, and this new drama sounds like some must-watch television. Bring it on.