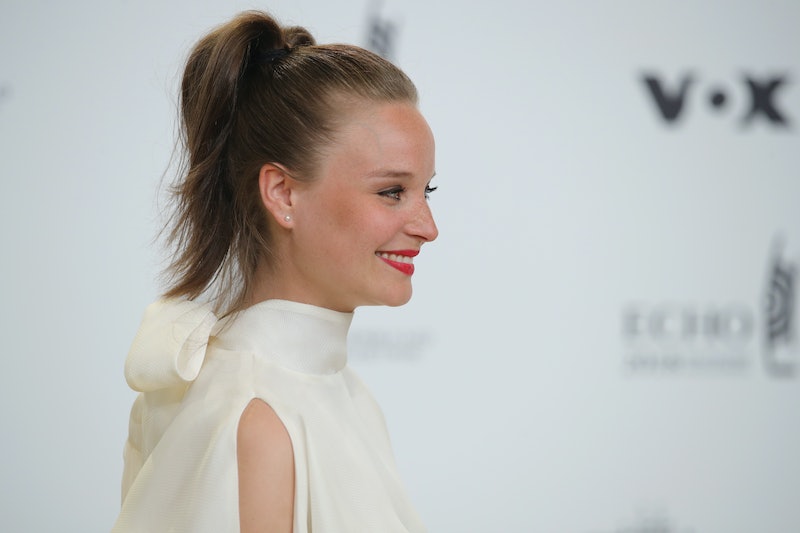 Season two of Deutschland 83 — which will be called Deutschland 86 — aired in Germany back in 2018, and anticipation of its British release date has been building ever since. With the recent announcement from Channel 4 that Deutschland 86 will be gracing British TV screens on March 8, it's time to take a look at the talented cast. So, who is Sonja Gerhardt, the German actress who Annett Schneider, and what's her story?

Gerhardt has been on the German TV circuit for around 10 years now, and having won Best Actress at the German Television Awards and been nominated for an International Emmy for Best Performance By An Actress in 2017, it's fair to say she's a pretty big deal. (Side note: if you're looking for some fresh Instagram inspo, Gerhardt's your girl. Her Instagram feed is packed full of glam modelling photos and fun video clips, and it's definitely worth a scroll.)

If you're still reeling from the finale of FX's hit show The Americans, and need something to fill the Cold-War-drama-shaped hole it's left in your TV schedule, then Deutschland 86 is the answer. This show will have ten episodes and, of course, will serve as the sequel to the hit show Deutschland 83. The first series brought viewers into a divided Germany, where Martin Rauch (played by Jonas Nay) is an East German soldier hiding in plain sight as he attempts to infiltrate West Germany. The series creator Anna Winger told the Express:

"The new series picks up three years later and Martin has been banished for his sins in 83 to Africa. Until his aunt shows up and pulls him back into service. We see 1986 as the year that the East German government were sort of on the boat and they could see the iceberg but they couldn’t quite turn the ship around. We pose the question, ‘can mafioso style capitalism save communism?’ and we send our characters on a crazy adventure around the world."

As previously mentioned, Gerhardt plays Annett Schnieder, the former fiancée of protagonist Martin. In Deutschland 83, while Martin was over the border, Schnieder had an affair with her fiancée's friend, Thomas Posimski, who operates a library of banned books. She then worked with Martin's unknown father to bring down Posimski. Schnieder has a 3-year-old son, Max, with Martin, and poses as somewhat of a femme fatale, working as a junior intelligence agent. I, for one, can't wait to see what Deutschland 86 will bring for Gerhardt's complex, intriguing character.