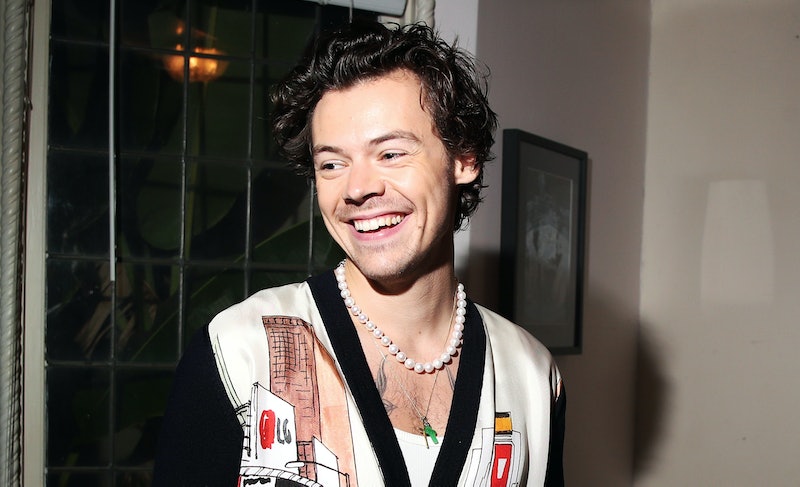 Harry Styles' new album Fine Line finally arrived this morning (Dec. 13) much to the delight of his many millions of fans. The twelve-song album contains some absolute corkers, one of which is named 'Cherry.' The super mellow tune doesn't only feature Harry's singing, however, as a female voice comes onto the track near the end, speaking in French. So what's this all about exactly? What does she say (when translated into English), and who is the person talking on the 'Cherry' track?

Well, last month, Styles sat down with Zane Lowe in an interview for Apple Music’s Beats 1 and actually directly revealed that the person speaking was his ex-girlfriend.

"That was my ex-girlfriend," he explained when asked by Zane who the vocal belongs to. "I think it was because it got added in later on, and it felt so part of the song. It just felt like it needed it. We're friends and stuff, so I asked her if it was okay. And she was okay with it. I think she liked it."

Styles doesn't exactly reveal which ex-girlfriend he is talking about, but people seem to think that the voice belongs to Camille Rowe, the French-American Victoria's Secret model who Harry dated between 2017 and 2018. I have reached out to Styles' reps for comment, and they have confirmed it is indeed Camille talking in the song, so this must be the ex Styles is referring to.

So what exactly does the recording, which comes in at 3:45 of the track, say? Translated into English, the words read:

“Well then… We went to the beach and now we—”

The song on the whole appears to discuss the pair's relationship, and about how it all ended. It contains lyrics such as: “I just miss your accent and your friends / Did you know I still talk to them?”

In his interview with Zayn Lowe, Styles went on to discuss how 'Cherry' first came about, saying:

"The night that I wrote it, we'd been writing for a few weeks. And everyone had left the studio. It was me, Tyler, and Sammy, who's our engineer. And we were kind of sitting around talking, at 2 a.m. maybe. And I was saying that I was feeling a lot of pressure, because the last record wasn't a radio record ... And Tyler just said to me, 'You just have to make the record that you want to make right now. That's it' ... So then we stayed up and wrote 'Cherry' that night."

Fine Line by Harry Styles is out now.

More like this
Harry Styles Just Split His Pants In Jennifer Aniston’s Face
By Sam Ramsden
Eurovision Has Been Given A Whole New Look Ahead Of Its Liverpool Debut
By Bustle UK
Twitter Is Saying The Same Thing About Beyoncé's Renaissance World Tour
By Shahed Ezaydi
“I’m Not Here To Make Friends” Speaks To A New Sam Smith Era
By Maxine Harrison
Get The Very Best Of Bustle/UK
Sign up for Bustle UK's twice-weekly newsletter, featuring the latest must-watch TV, moving personal stories, and expert advice on the hottest viral buys.