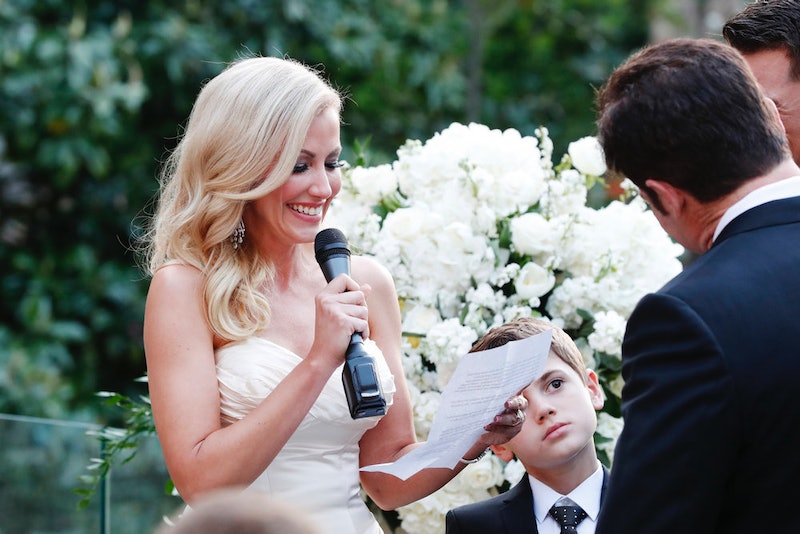 The Real Housewives of Dallas reunion is upon us, and it’s brought with it an unexpected face to familiarize yourself with in the reality TV world. Stephanie Hollman’s brother-in-law, Joey, stole the show when he popped onto the scene at Stephanie and her husband’s vow renewal, and fans wanted to know literally everything about him. To be fair, same.

His story is actually pretty wild — Stephanie told Bravo’s Daily Dish that she and her husband Travis only recently found out that Joey existed at all. About a year and a half ago, was when they began to connect. "They had never met before. So Travis found out he had a brother later in life, and they're half siblings," Stephanie said. "I mean, honestly, I think his dad kind of told him later in life and so Travis and I started talking to Joey just via Facebook."

Joey is originally from Australia, the article continues, and soon after making contact, Travis and Stephanie requested that he came to visit. “So we flew him down kind of not knowing what would happen, and we all fell in love with him," Stephanie continued. "He's such a great part of the family, and he's such a nice guy. He's just been the biggest blessing."

Fans were similarly smitten with Joey when he showed up earlier this season. Many were even calling for him to join the cast as a season regular.

There’s not a ton of info about Joey listed on his Instagram page, but there’s plenty we can deduce from checking out his photos. He’s super into fitness, and doing impressive poses on top of mountains. There’s a possibility he’s musical, as he was photographed carrying instruments around. Joey is also very into family and can often be seen frolicking with his nephews, riding bikes or playing in the pool. He has a dog named Rosie, which is much more important than anything else thus far.

There’s no telling if Joey will become a bigger part of RHOD, but Stephanie did say he’s living stateside nowadays, toying with his options. She noted that he wants to become a model (which makes total sense, given his modelesque Instafeed), but he’s also got plenty of other stuff on the table for the future. “He's going to school in California right now, to college in Santa Monica. But yeah, I think he's just trying to find his way," Stephanie said in the article linked above. "He's precious and I just want really good things for him because he totally deserves it."

As Joey is becoming closer and closer with Travis and Stephanie’s family, the possibility definitely isn’t out the window for him to appear in future episodes of the show. “He's just a really good, humble, amazing human. And he's really good with my kids, so I appreciate that. Like if you're good to my babies, then that's all that matters to me," Stephanie continued in the same piece. "Now he just seamlessly came into the family. And he's the nicest, nicest guy."

Fans are obsessed, and have been from the get-go. The RHOD staples seem completely enamored with him as well, and a new addition to the family is always something to celebrate.