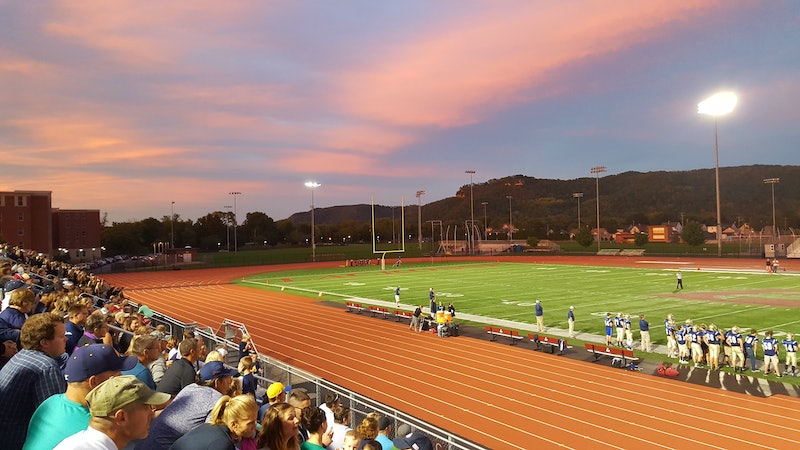 One of my clearest memories of being a queer teen in a conservative Catholic high school was feeling helpless as I watched a teacher rip up my Day of Silence posters less than five minutes after I'd tacked them up. That's why stories like transgender teen and recently crowned homecoming king Stiles Zuschlag's are so dang important to me.

Unlike Zuschlag, I didn't know I was trans in high school. In fact, I never heard the word "transgender" until I was 19, and certainly not from anyone at my all-girls school. I was, however, one of the only publicly out queer teens there. While dealing with sidelong, suspicious looks in the gym locker room, or putting up with mocking titters every time I dared to touch a friend of mine in even the most benign way wasn't too difficult, it was impossible not to notice that the Christian culture surrounding me was actively attempting to suppress the fact that I existed.

Also unlike Zuschlag, I wasn't kicked out of my high school, as the AP reported. But each year at my high school, there were visits from faith-based organizations who took over our health classes and preached about the unfruitfulness of same-sex attraction. My school's prom rules barred girls from other schools, and required that couples to be comprised of one boy and one girl, in a tux and a dress, respectively.

In that small world, there was no such thing as a valid queer person, or a valid queer relationship. There were two genders, male and female (which are not genders, by the way), and no one ever felt wrong about the one they were assigned at birth.

I honestly cannot imagine what would have happened had I come out as trans in my high school. When Zuschslag came out at his former school, the Tri-City Christian Academy, in 2015, the administration's reaction was, to me, a nightmare. According to Zuschlag, the school wasn't supportive of him taking hormones and insisted that he play for girls' sports teams. Not to mention, he says he was threatened with having his valedictorian honors yanked if he didn't undergo Christian counseling.

Zuschlag told HuffPost that the idea of going to a new school "terrified" him, but he still enrolled at local public school Noble High, where the administration asked for his pronouns and gave him the option of playing on boys' sports teams. He also told HuffPost that he "made a number of new friends" at his new school.

And now those friends have voted him homecoming king — an honor Zuschlag said he put in for as a joke. "I asked on Snapchat as a joke to put me in and people actually did it. I didn’t really expect them to. I still can’t believe they did that for me," he told HuffPost. He added, "After I won at the homecoming game, I almost started crying. My friends all put me in, people I didn’t even know put me in, everyone voted for me on the final ballot."

The number of U.S. teens who identify as trans is steadily rising, and so are the amounts of readily available awareness, education, and support for those teens. It's estimated that one in 137 teens identifies as trans, which retroactively makes me, the one out of a graduating class of about 140, statistically average.

I am not an outlier. What I am, though, is happy to see stories like Zuschlag's in the news. We're living through an administration that in a lot of ways mimics my high school and Zuschlag's: It doesn't want to protect us and would prefer we just went away. But we aren't going away. And I'm lucky enough to be in a position now where I can boost stories like Zuschlag's, telling trans teens who feel as powerless as I did in high school that they are not alone.