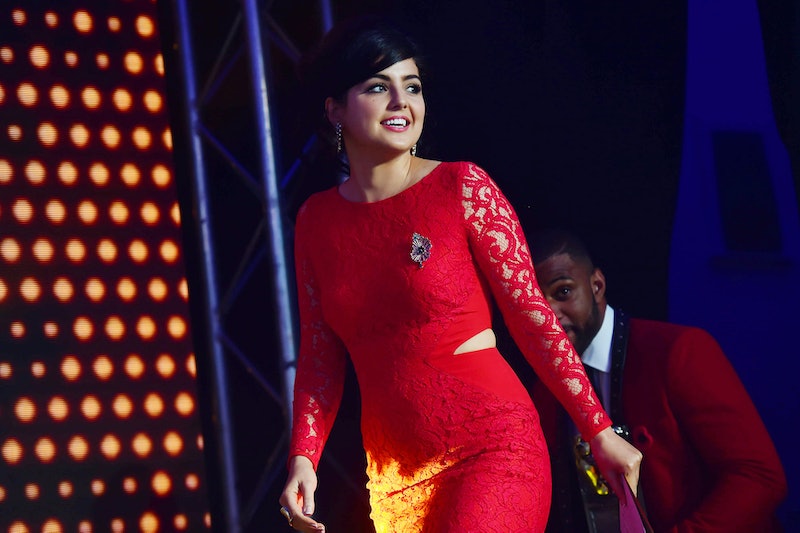 Channel 5's re-run of Sex on the Streets is a second chance to get an insight into the real lives of UK sex workers. The documentary hones in on three sex workers and other people involved in the industry, including a man who has spent years reviewing workers. But who is Sex on the Streets' presenter, Storm Huntley?

The Scottish journalist may only be 32, but she has already worked across several mediums on a range of topics. Graduating from the University of Glasgow with a degree in politics and economics, per the Daily Record, Huntley went on to work on local radio stations, later taking a postgraduate course in journalism.

She eventually began working for BBC Scotland, developing a big interest in weather reporting. A fitting path considering her name. In fact, Huntley has explained the inspiration for her first name, telling the Daily Record it derived from a combination of a book character and an electrical storm occurring on the day she was born.

“It was very unusual back then, and I don’t think anyone else was that impressed with it," she added to the paper. "My gran refused to call me Storm for the first six months and she’d just refer to me as ‘the baby.'" According to Huntley, everything in her family is "fine now" and she's heard more than her fair share of weather-related jokes.

Anyway, back to her career. Huntley's fascination with the weather led to her taking an Open University course on the subject. "To do a proper meteorology course would have taken four years, so I’m not an actual meteorologist," she explained to the Daily Record.

After a stint presenting the weather forecast on STV Glasgow, Huntley took the plunge and moved to London, quickly landing presenting roles on CBeebies' Down on the Farm and Channel 5's The Wright Stuff (now replaced by Jeremy Vine). For the former, she introduces kids to rural life. The latter job involves hosting parts of the debate programme, reading out viewer comments, and introducing callers to the main host.

Since moving to TV, Huntley has had to get used to early morning starts. "My alarm goes off at 5:30 a.m. most mornings," she told Source magazine, adding that she occasionally works 14-hour days. She wants to dispel the myth that a presenting career is "ultra glamorous", telling the magazine that "fabulous experiences" come alongside challenges, including "attempting a piece to camera in heavy winds and torrential rain or having to milk an unaccommodating goat."

Huntley is hoping to continue the career variety, Source reports. As well as spending time on farms and in studios, she has also presented two documentaries for 5Star. Both have investigated worthy topics. One is the aforementioned Sex on the Streets and the other, Squatters Next Door, looked into the growing number of squatters across the nation and the controversy that comes with their living arrangements.

“I loved the process of making these," the presenter told The Sunday Post. "Accessing the people’s lives was such an incredible thing and I’m grateful to everyone who agreed to talk.” She described every day as "a school day" due to the sheer amount she learnt during filming.

Let's hope there's plenty more to see from this Scottish talent. After all, one fan did label Huntley the "Glaswegian Stacey Dooley."