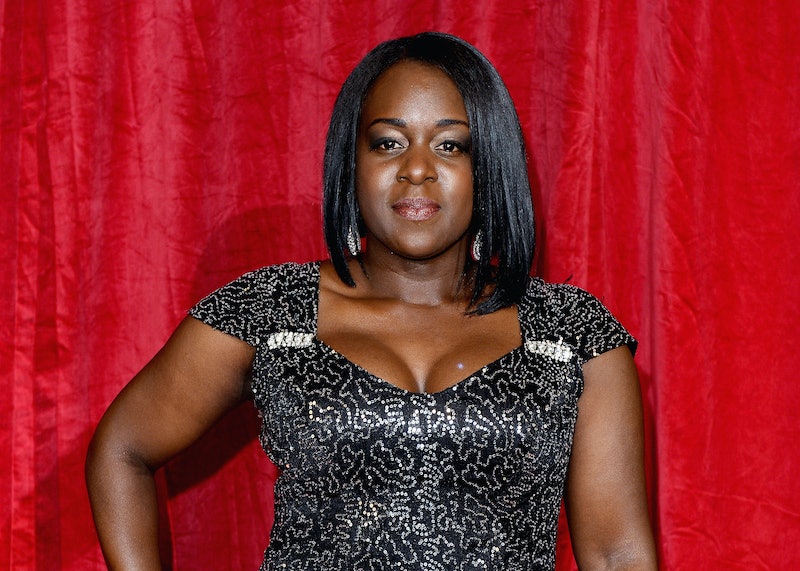 Red Nose season is upon us, and you know what that means: quality entertainment is about to come barrelling through your living room telly at a mile a minute. One particular nugget of pure TV gold that happens every year is The Celebrity Apprentice. A whole bunch of celebrities clambering to please Sir Alan Sugar? Yes flipping please. As per, Comic Relief have knocked it out of the park with their selection of celebs for the 2019 edition, and there's one in particular that may be familiar to some comedy fans. But who is Tameka Empson, and what is she going to bring to the show?

Empson is an actor, comedian and former star of the hilarious TV series 3 Non Blondes. This hidden camera show brought all the LOLs when it was on back in 2014. As well as that, Empson has also appeared in Beautiful People, Whitechapel, and is currently starring in one of the UK's favourite soap operas: Eastenders. Empson has played Kim Fox on the soap since 2009, save for some time off to have her baby girl Nylah, as OK! reports.

Celebrity Apprentice isn't Empson's first turn on the reality TV circuit. Yes, that's right, she was on Strictly Come Dancing back in 2016. She lit up the dance floor until the third week when she left the competition.

Empson has received multiple awards for being such a talented and funny woman, so I am willing to bet she will be a bit of a stand-out star on the show. Speaking about why she is going to be the best candidate in true Apprentice self-promotion style, Empson said:

"Like my EastEnders character Kim, I'm putting my best foot forward and preparing to throw myself into the task — and raise money for Comic Relief I am ready to prove to Lord Sugar that I'm someone not to be messed with when it comes to a business challenge!"

Although TBH, with the line up involved, it might be a bit of a battle of big personalities. Other stars on the show this time round are Rylan Clark-Neal, Russell Kane, Amanda Holden, and legendary comedian Omid Djalili.

Djalili is a veteran star of UK comedy circuits, TV, and film. One of the biggest films he ever starred in was The Mummy. He hilariously said the unpleasant end to his character in the film might have been good preparation for The Celebrity Apprentice:

"In the movie The Mummy, a strange and angry beetle burrowed under my character's flesh and tried to eat me from the inside… and may I say what a pleasure it will be to work with Lord Sugar again."

The show will be over two days, from Thursday March 7 to Friday March 8, as a part of the larger Red Nose Day fundraising campaign organised every other year by Comic Relief. According to the charity's official website, Comic Relief "have invested over £1 billion since 1985, supporting vulnerable people and communities in the UK and overseas."