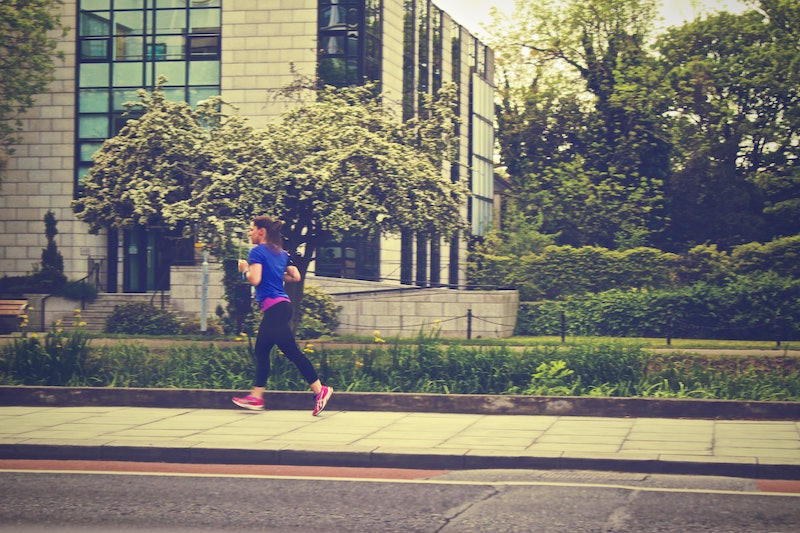 If you’re looking for one piece of news today that will provide a quick respite from the fiery hellscape that is otherwise our newscycle, welcome. This is just the story for you. Police in Colorado Springs are on the lookout for a runner who won’t stop pooping in her neighbors’ yards. Yes, really. Are there arguably more pressing, more important, and more dire news stories you should be paying attention to right now? Absolutely. Right after you learn everything there is to know about this person who’s been dubbed by neighbors as “The Mad Pooper.”

Cathy Budde, whose lawn was one of the Pooper’s victims (canvases?), told KKTV her kids first caught the runner in their yard, pants around her ankles, mid-poop. “They are like, ‘There’s a lady taking a poop!’ So I come outside, and I’m like … ‘are you serious?’” Budde told the local news station. Budde then confronted the runner asking, “Are you really taking a poop right here in front of my kids?” To which the runner replied, “Yeah, sorry.”

The story could end there and it would be a masterpiece, a true crime drama on par with Serial and Making a Murder. But sometimes the universe is kind and good and says, “You look like you could use a fuller story about this person pooping in her neighbors’ yards.” So, let us continue.

This is not the only time The Mad Pooper has struck Budde’s yard. Budde said she’s caught the runner mid-poop three times. THRICE. And that’s just the times the runner’s been caught. Budde said that they’ve found the runner’s poop and the dirty napkins she leaves behind once a week for the past seven weeks. That’s almost two months. Budde has posted fliers around the neighborhood calling out “the female jogger that continuously uses our walkway as her toilet.” Budde has even gotten a picture of the runner post-poo. However, it appears that nothing has yet to shame or deter The Mad Pooper.

Budde has contacted the local police department who’s said that, while admittedly kind of hilarious, the runner could face charges of indecent exposure and public defecation. Lt. Howard Black, who works with the Colorado Springs Police Department, told the Washington Post, “This has been comical, but I also don’t want to be flip about it.” Black continued, “If it’s a mental health issue, she’ll still be held accountable, but we would want to get her help.” The police department is currently working to identify the runner, and I’m just realizing now that “runner” has more than one meaning in this situation.

Perhaps this story is extra fascinating because “runner’s diarrhea” is a real thing. One study states that anywhere between 30 and 83 percent of runners report experiencing gastrointestinal problems while training or during a race. That percentage increases to the 90s when talking specifically about long-distance triathletes. That sudden urge to poo while jogging can be caused by a couple different things like increased body temperature, your insides jostling around when you run, or heightened stress. Basically, needing to poop when you run is far from an anomaly and in fact pretty normal. But, like, into a toilet. Obviously.

Budde’s neighborhood is not lacking access to public restrooms. There’s apparently one right across the street from their family’s house in addition to porta-potties in the park nearby. Nevertheless, The Mad Pooper seems to prefer Budde’s yard and the backyards of Budde’s neighbors. “I put a sign on the wall that’s like ‘please, I’m begging you, please stop,’ Budde told KKTV. “She ran by it like 15 times yesterday, and she still pooped.”

Our thoughts and prayers are with Budde’s yard during this difficult time.