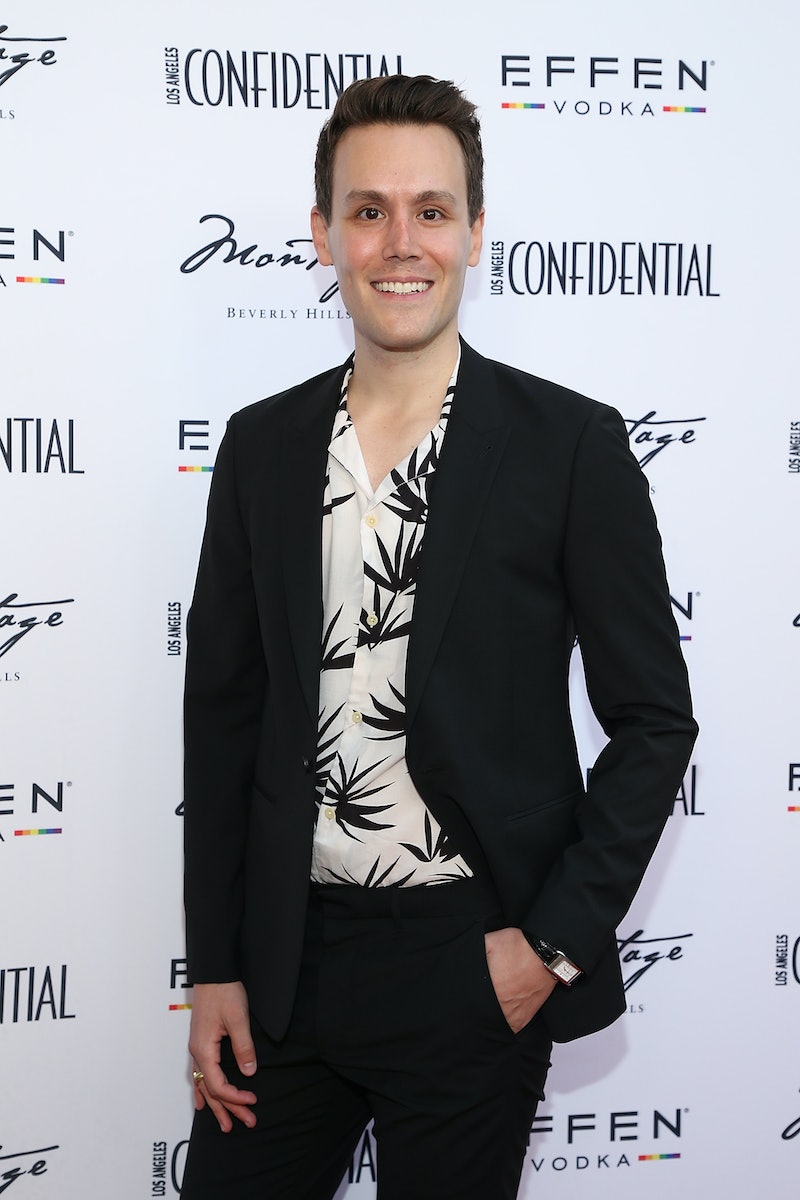 There's one key member of the Love Island family that we haven't met yet, but are maybe already obsessed with what he's bringing to the table. No, this isn't about a new Islander hiding in the shadows. It's Love Island U.S. Matthew Hoffman — the guy who makes sure that everyone is on the joke. Where have you seen or heard Hoffman before? You may have seen him while combing through YouTube interviews with your favorite stars, for press tours of films like Rocketman, Captain Marvel, Venom, and A Wrinkle in Time for Regal Cinemas, Focus Features, and Fandango. He was a red carpet host at this year's Independent Spirit Awards and Tony Awards and he also hosted Hollyscoop, a celeb competition show called The Games We Play, was a correspondent on The Fran Drescher Show, and a special correspondent on Extra.

So basically, you've probably run into his work on TV or the internet before.

On his Instagram, he refers to himself as the "voice" of Love Island. Hoffman is not the host, just the narrator, but he's so much more than that on the CBS series. He helps keep everything light by commenting on the action and often downright making fun of the Islanders. Think about it: That voice that Michael was doing was nearing offensive, and Mallory does talk about John Mayer too much. Hoffman is right to call them out.

Style-wise, he's clearly taking cues from the original Love Island's narrator too. Scottish comedian Iain Stirling brings his own color comedy and catchphrases to the series, breaking the fourth wall. That sort of thing doesn't often happen on reality TV, which tend to approach the content as seriously as possible. "We are utilizing voiceover," said executive producer David Eilenberg in an interview with The Hollywood Reporter. "Which we were very happy that CBS was committed to, because we think that is an integral part of the UK show but not a device that gets used very frequently in the US," he added.

Hoffman is clearly working quickly and working hard. Since Love Island is taking place basically in real time, episodes are edited and put together 24 hours in advance. He's basically the reality dating competition version of a late night talk show host, which means that his jokes have to be written as quickly as possible and be funny AF the first time around. So far, whatever he's doing down there in Fiji is working because he has viewers rolling.

It's basically impossible to take this show too seriously with narrators like Stirling and Hoffman — so just enjoy it! On the original series, Stirling joins presenter Caroline Flack for exit interviews with the Islanders and check ins during the re-coupling/elimination ceremonies. Hopefully, fingers crossed, we'll see Hoffman's face soon as well. He and Arielle Vandenberg could definitely make a hilarious pair.

As Love Island goes on and the drama gets either more intense or sillier (hopefully both), Hoffman will be there to say what we're all thinking at home.