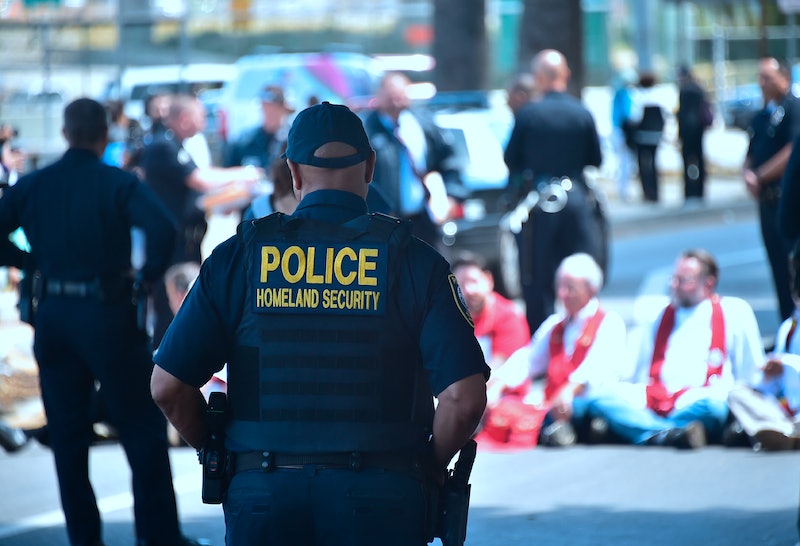 The Trump administration came into office promising to get tough on illegal immigration, and one way it hopes to do so is to crack down on so-called "sanctuary cities," which are municipalities that don't require local law enforcement to participate in federal immigration enforcement. As with many political issues in the Trump era, the attacks on sanctuary cities and undocumented immigrants has sparked a backlash, and some more liberal areas have pushed back. On Thursday, the state of California passed legislation that would make the entirety of America's largest state a "sanctuary state." In response, the federal agency responsible with enforcing immigration laws, Immigrations and Customs Enforcement (ICE) threatened to step up immigration raids in California in response to the sanctuary state bill.

In a statement about California's decision to become a sanctuary state, ICE director Thomas Homan said it "will undermine public safety and hinder ICE from performing its federally mandated mission." He added, "ICE will have no choice but to conduct at-large arrests in local neighborhoods and at worksites."

In a signing statement along with the bill, California Governor Jerry Brown wrote, “In enshrining these new protections, it is important to note what the bill does not do. This bill does not prevent or prohibit Immigration and Customs Enforcement or the Department of Homeland Security from doing their own work in any way.”

In its statement, ICE also took issue with the bill and with Brown's claim that it wouldn't hamper immigration enforcement:

SB54 will negatively impact ICE operations in California by nearly eliminating all cooperation and communication with our law enforcement partners in the state, voiding the delegated authority that the Orange County Sheriff’s Office has under the 287g program, and prohibiting local law enforcement from contracting with the federal government to house detainees.

The controversy over SB54 is just the latest in a national tug of war over the power of the federal government to enforce immigration laws in areas that pride themselves on being welcoming to immigrants. The Justice Department, in response to an executive order from President Trump, has been trying to cut funding from cities that don't participate in ICE enforcement, but has been blocked from doing so by a federal court, pending future adjudication. The state of Texas has also gone the opposite direction from California, passing SB4 in late May, which makes it illegal for localities to declare themselves sanctuary jurisdictions. A federal court also blocked SB4 from going into effect, though that as well could be the subject of future judicial decisions.

Since the federal government's takeover by the Trump administration, ICE has seen its ability to pursue its goals without oversight extended. Whereas under the Obama administration, ICE's mandate focused on immigrants with criminal records, in 2017, ICE detainment and deportation has been widened to affect basically any immigrants that come in contact with the agency's officers.

Critics of ICE have argued that this expanded mandate has caused serious overreaches and abuses — detainment of a woman seeking a restraining order for domestic violence at a courthouse, in violation of official ICE policy, led to fears among immigrant domestic violence victims, and what experts in the field saw as a decline in women coming forward to seek help. In October, the ACLU filed a complaint against ICE for having detained pregnant women in violation of its own policy, which allegedly led to some miscarriages.

ICE's response to California is yet another escalation in the country's debate over immigration, with federal law enforcement seemingly intending retaliation against California's elected political leaders. Chances are, the debate will get even more heated from here.