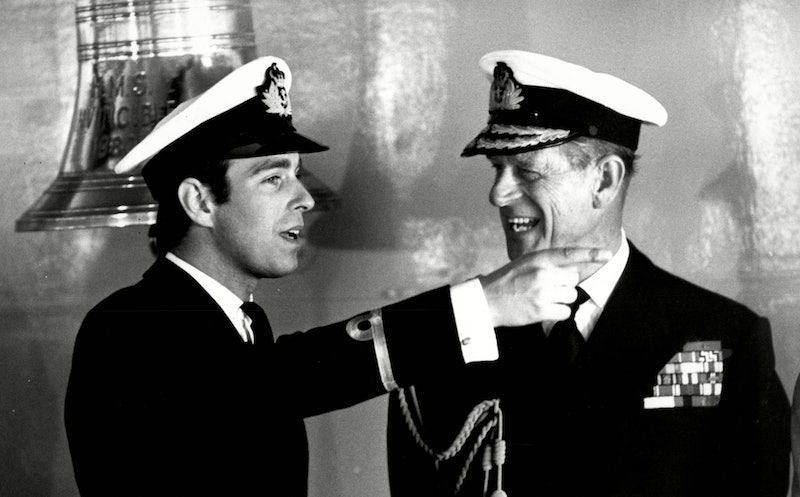 Each season of The Crown brings with it a batch of actors playing characters many of us are familiar with. In series three, viewers met young Prince Charles (played by Josh O’Connor) and Princess Anne (Erin Doherty) who will be reprising their roles in the fourth. They’ll be joined by the Queen’s third child, Prince Andrew, who is reportedly being played by a relatively unknown actor. So, who is Tom Byrne, and where have might you have seen him before?

Usually Netflix’s official Twitter handle for The Crown announces new additions to the cast, as they did with Gillian Anderson last September. However, nothing has been announced in regards to Byrne quite yet, despite rumours circulating online. I reached out to Netflix about the news, and a rep responded saying they had “nothing to share” on the casting at this time. However, photos appeared to emerge this morning of Bryne looking pretty similar to the character he's believed to be playing.

Given Prince Andrew's very public connection to the Epstein case, the casting for this role comes at a particularly tricky time. However, if Bryne is portraying the royal, it will be his breakthrough part on television. His credits include small roles in Black Mirror and A Discovery of Witches, as listed on casting site Spotlight. He’s had plenty of experience off-screen too thanks too performances with the Royal Shakespeare Company and the Bristol Old Vic Theatre. He studied at the Old Vic Theatre school for three years, earning a BA in acting.

The Crown series four is reportedly due to air later this year. As Radio Times reports, there’s usually “a two-year gap” between seasons, predicting that the fourth instalment of the Netflix drama will air sometime “in November or December 2020,” especially as filming “for seasons three and four was scheduled to take place back-to-back” before the changeover to series five.

Considering the news that was revealed in 2019 regarding Prince Andrew and his relationship with Jeffery Epstein,