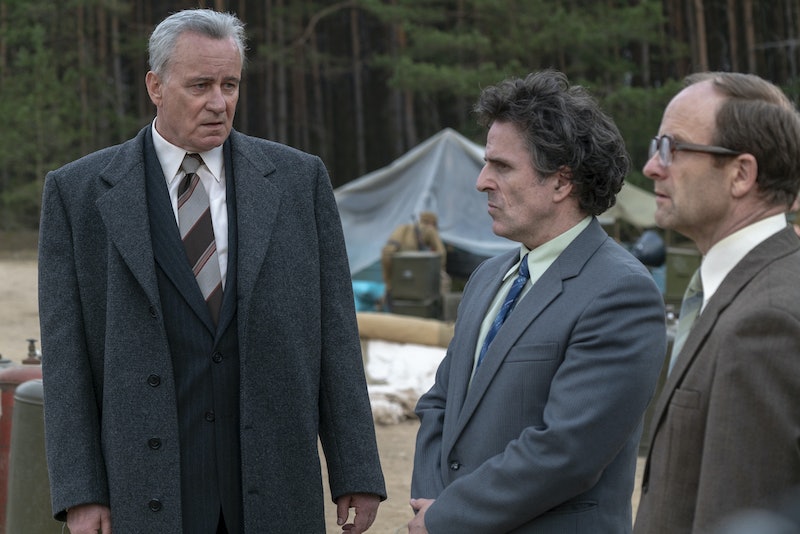 Chernobyl can seem too horrible to be real at times, and it's even more horrific once you realize that much of the show is pulled from personal accounts of the Chernobyl disaster and is based on actual, real people who were present for the explosion and its aftermath. The final episode includes a deep dive into Nikolai M. Fomin, Anatoly S. Dyatlov, and Viktor Bryukhanov, former directors of the Chernobyl power plant, who were each sentenced to ten years of prison for their roles in the disaster.

However, Brukhanov has spoken out in recent years, claiming that while he and his co-workers did jail time, some of the true causes of the Chernobyl disaster remain unacknowledged by Russia to this day.

If there's one thing that audiences should take away from HBO's harrowing Chernobyl series, it's that the scope of the disaster at Chernobyl Nuclear Power Plant only begins with the explosion. Some of the choices of the Russian government made in the wake of the accident actually did more harm and than good, and it is for this that the three men served time. As much as the decisions of any one person contributed to the damage caused by the explosion, the show follows the bureaucratic forces at play that may have failed to properly protect the citizens of Pripyat from the radiation at the explosion site.

Sadly, despite the magnitude of the disaster, however, Bryukhanov claims that no one has learned anything about how to deal with a nuclear reactor explosion in the wake of the Chernobyl explosion.

Bryukhanov served half of his prison sentence and according to the New Zealand Herald, currently resides in Kiev. In an interview with Russia's Profil magazine later excerpted in the New Zealand Herald, said,"You need to understand the real causes of the disaster in order to know in what direction you should develop alternative sources of energy. In this sense, Chernobyl has not taught anything to anyone." Bryukhanov claims that he, Fomin, and Dyatlov were victims of other people looking out for their own professional interests. "It was a tissue of lies that distracted us from the search for the real causes of the accident." The Bryukhanov interview also contains a frightening warning about the prevalence of dishonesty in the world of nuclear energy elsewhere, claiming "the Americans, the French, the English, the Japanese, are all hiding the real causes of accidents at their own nuclear power stations,"

To try and piece together what happened at the Chernobyl Nuclear Power Plant is to be tasked with assembling personal narratives that don't always line up. What is clear, however, is that although Bryukhanov and a few others were sent to jail for the Chernobyl explosion, the blame for the damage caused following the explosion does not lie solely with people. It likes also with the institutions that failed to keep their own citizens safe and were unable to ensure that an event like what occurred at Chernobyl would never happen in the first place.