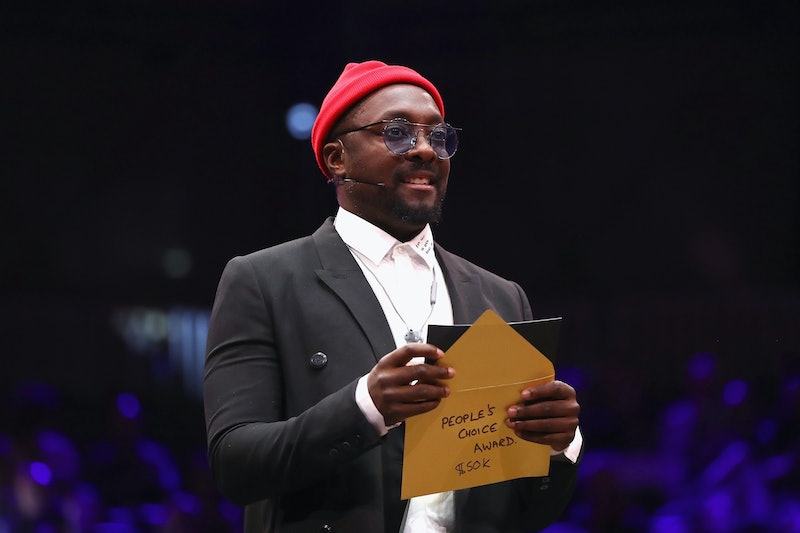 If he's not producing music, he's performing it. And when he isn't busting out tunes, he's a panellist on one of the country's most popular singing competitions, The Voice. I mean when does this guy get to sleep? Being an international music and TV star must be a bit tiring to say the least. Yet he's still bossing it as a solo artist and in collaborative projects. He is definitely the master of beats, but is he the master of love? Who is will.i.am dating?

Well you guys, the artist has remained fairly tight lipped about his personal life from day dot, so there's no obvious answer to this. I contacted his representatives for comment and I'll keep you updated as to any further information. While there's no news on his current relationship status, he has been linked to some famous faces in the past. As the Express reports, his close friendship with Cheryl prompted dating rumours back in 2010. According to Heart, he was also rumoured to be dating reality star Casey Batchelor, but the relationship was short-lived.

And it seems that recently the musician has decided to take time off from dating. In an interview with The Mirror back in 2017, he shared that he just doesn't have the space in his life as he's married to his work.

"I don't have time for girlfriends, and that's why I just keep busy. I keep going because that’s what I want to do," he said. Which to be fair sounds just about right considering the busy schedule he has had this summer alone.

Over the past few months he embarked on a huge European tour with his former Black Eyed Peas bandmates, with the notable exception of Fergie, as the Metro reports. As their websites and social media pages show, the band has been everywhere from Berlin and Barcelona to the Netherlands and Nice. And despite Europe having ridiculously high temperatures this summer, the group appear to have stayed true to their style choices of beanies and hoodies. I mean kudos to them for maintaining an aesthetic but that could never be me, because it is boiling.

A beanie. In Malaga. Yikes. As well as the huge tour, will.i.am has also been a panellist on The Voice Kids which he judges alongside Pixie Lott, Jessie J, and Danny Jones.

The show, which is finishing up this Saturday, will see the four finalists, Gracie-Jayne, Keira, Lil Shan-Shan, and Sam compete to win the competition. In the final, there will be special duets between the finalists and their star coaches as well as their own unique solo performances, as the BBC reports. The talent shown will blow you away, and these kids are barely knee high to a grasshopper.

So what's it all for? Well, as The Sun notes, the winners will get an incredible £30,000 towards their future musical education as well as being known as the winner of a major competition. On top of that, they also get an all expenses family holiday to Orlando and that, my friend, is the stuff of dreams.

Not being funny but all of the above sounds a heck of a lot more appealing than the prizes available for the adult competition, am I right?