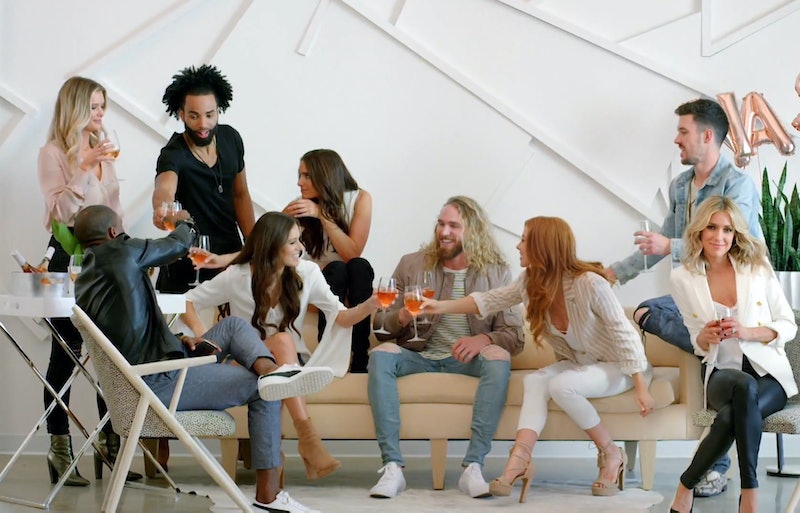 Kristin Cavallari said it herself. In opening and creatively directing her own Nashville-based jewelry line and storefront, Uncommon James, the former The Hills star has hired "the most gorgeous staff on the planet," according to Very Cavallari's Instagram. And a tall, blonde retail associate named Wirth is no exception to that claim. So who is Wirth Campbell? He's much more than what meets the eye.

"Wirth is a really great guy," Cavallari said in a teaser for the show, which will follow the staff in their daily work. "In a group of crazy women, he sort of like, grounds everybody. Wirth is perfect." Campbell followed that up with his own explanation of his job as a "shopgirl." Maybe that's why he keeps his hair long and billowing? "I'm considered a 'shopgirl' here at Uncommon James," he said. "I do a little bit of everything, wherever they need help."

Even his co-workers are a little unsure of his responsibilities at Uncommon James. "Wirth, I guess he, helps out at the store. I'm not sure really doing what — using his muscles to move some boxes?" Taylor, Uncommon James' model, said in another Instagram video. Wirth said otherwise. "Definitely more than muscles," he said. "But yeah, just a little bit of everything." But it doesn't look like that includes wearing jewelry. Or shirts.

According to E! News, Campbell is a Nashville native and former collegiate athlete. He played football as a tight end at Alabama's Auburn University (Go Tigers!) and apparently, when he's not hanging out at Uncommon James, he can be found "lifting heavy things, putting them down, and lifting them up again," per E! News' bio of him. Surely that's a gym reference, considering he has a lot of chiseled abs. You can count 'em for yourself.

He shares his workouts with his followers on Instagram and they are pretty intense. But how do you expect he got those abs? Motivation and lots of crunches, that's how.

While he does have another shop job (According to his Facebook, he works for Nashville clothing brand Ruckle & Rye), Campbell is also an experienced model. He has worked for various modeling agencies across the country including MP Management Atlanta, DAS Model Management, The Block Agency, and Factor Chosen Model Management Chicago. Which explains why he and his girlfriend are so well traveled. Recently, they've been to Italy and Greece.

Not to mention, they're in a long distance relationship, which by default, requires traveling. But aren't they adorable? They've only been together for five months, but they look like they belong together.

Other than his modeling and traveling ways, Campbell seems like your typical Southern family man. He shares a lot of photos of outings with his family, enjoys "crick fishin,'" and his dogs.

In addition to being an Instagram thirst trap, he's about to experience a whole new version of "glow up," as he adds "reality TV star" to his bio and his resume. Will he remain the Southern traditional, laid back family man he is now? Or will he take on a new role as bona fide reality TV star if Very Cavallari is a hit? It's obvious that there's going to be drama, but it will be interesting to see if Wirth decides if it's worth getting involved. The first episode of Very Cavallari airs on July 8 at 10/9 p.m. central time, so viewers will just have to wait and see what he decides.