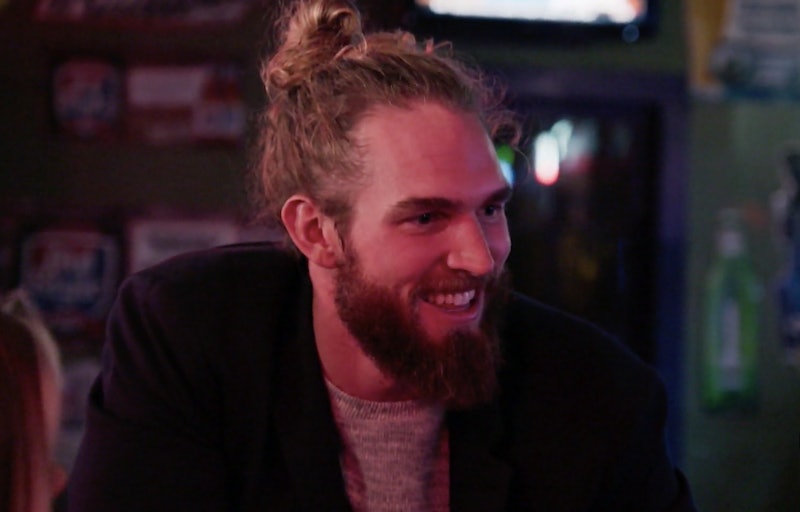 The first season of Very Cavallari was an era of new beginnings — Kristin Cavallari and her family moved to Nashville, her husband Jay Cutler retired from the NFL, and she launched her jewelry line-turned-lifestyle brand, Uncommon James. The show documented it all, including a Nashville-based UJ staff that fans grew to know and love. They took a particular liking to one long-haired guy whose title wasn't much more specific than "shop boy." Now, it's much more defined — and these are the Wirth Campbell updates you need to get you up to speed for the new season of Very Cavallari.

For starters, sadly, he's no longer an employee of Kristin's. That means he won't be on camera lugging unmarked boxes around the UJ store and flashing his pearly whites. Not to worry, though, because instead, he'll be lifting weights next door.

"Wirth isn't working for me, but he's opening up a gym right next door to Uncommon James," Kristin said on the Season 2 premiere. "And he's actually opening it up with Tim McGraw, which is really cool. It's also good for me to have some names coming next door."

The gym is called TRUMAV Fitness, and it's the first of many locations to be a part of the McGraw-founded franchise. According to an official press release from the gym, McGraw partnered with Snap Fitness, which has 2,500 clubs worldwide, to custom-design the boutique fitness brand. The store's grand opening was on Jan. 18.

"TRUMAV Fitness is unique in that it will provide instructional exercise classes and a personal boutique fitness space," the press release reads. "Members can work out on their own, with a trainer, or in a group class setting. Each club will include custom equipment and programs based on Snap Fitness’s 25-year fitness expertise and Tim McGraw’s personal workout routines."

Wirth is not only owner of the first location, but he also teaches fitness classes there and offers personal training services. "When I started high school, I was one of the chubbier kids," Campbell told The Tennesseean. "I played football and had to slim down to play quarterback – that's how my passion for fitness really started. Whatever someone's goal is, we can help them. It's not just fit guys getting fitter." The first 100 members of the club signed up for a monthly fee of $99 — others gained membership for $150 to $170 per month.

Although that's a pretty big achievement for Campbell, the last year brought even more big news. Over the holidays, he proposed to his then-girlfriend Kat Braswell. There was snow on the ground and their dog was there to complete the most fairytale-esque picture. "Thanking God every day for leading me to my person," he wrote on Instagram. "Kat, I promise there won’t be a single day that you question my love for you!"

As for the other UJ employees, there has been even more change swirling about. Kristin has upgraded her staff from four employees to 55 which is a huge accomplishment, and amidst that, she continued to have difficulties with her head of social media, Shannon Ford. You may recall Shannon finding herself in some drama with Kristin and the head of operations for UJ, Brittainy Taylor, last season. Unfortunately, not much has changed.

After defending her poor work ethic one too many times, Kristin was forced to give Shannon an ultimatum. Still, Shannon rarely appeared in the office and missed an important staff meeting regarding the company's rapid growth. That was the final straw, and Kristin called her in to chat.

"I know that you know I've been extremely frustrated, and things have not been good," Kristin said. She proceeded to list Shannon's missed deadlines and inconsistencies, and Shannon only had excuses like "that's just human error."

"You are single-handedly costing my company money," Kristin said. "I've defended you, and lately, I'm asking myself why. I have to let you go." Oddly enough, Shannon didn't seem to care. She walked away from the office with a smirk on her face and agreed that it was her time to go. Now, according to her Instagram, Shannon works for herself.

Those are the major changes that have gone down between Seasons 1 and 2, but more will probably be revealed in future episodes. Soon enough, you'll find yourself wondering, is Very Cavallari or Keeping Up with the Kardashians?