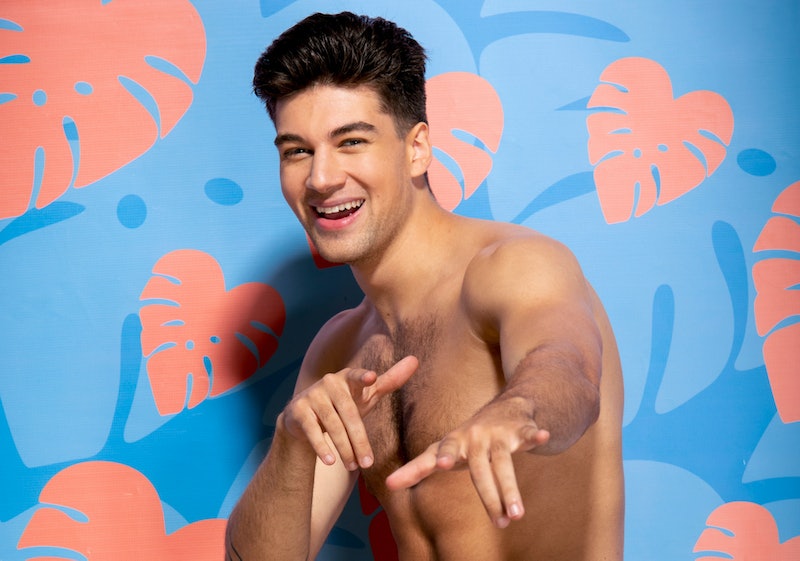 The international sensation Love Island finally makes its way to America on Wednesday July 9, introducing the nation to a batch of young American singles who are looking for love — or something close to it. While there may be some contestants on the show who aren't there for the right reasons, Zac Mirabelli of Love Island claims that he's a relationship-driven person by nature. His CBS bio claims that "he's a family man who is looking for his future wife." However, just because he's looking for a future wife on Love Island doesn't mean he'll find one, as other men will have the opportunity to swoop in and ask anyone he vibes with on a date of their own. Mirabelli is looking for love, but will he be down to play the emotional games that make up Love Island to find that love?

Mirabelli's Instagram profile shows off his passion for fashion and modeling, and his CBS profile reveals that he's a former college football player with the school record for the longest field goal at his alma mater. While these traits both make for an ideal reality dating show contestant — combining good looks with physical strength — but it's his day job that connects him to an unconventional pedigree of reality dating show success that could carry find him meeting a future wife on Love Island.

While Love Island is Mirabelli's first time on national television, the show won't be the first time he's been exposed to a large audience. Mirabelli has a YouTube channel that features reviews of designer clothing as well as tips for how to pull off certain looks. His most popular video, featuring Mirabelli showcasing various ways to incorporate Vans Sk8-hi shoes into an outfit, has over 200,000 views. His most recent video is from four months ago, but his presence on Love Island could rejuvenate interest in his channel and encourage the grocery store clerk to dedicate more time to creating style tutorials for the internet.

Love Island seems to be focused primarily on sparking physical attraction between its participants, but the fact that Mirabelli is has so much passion and interest in something outside of just hooking up could help him stand out from the fellow men on the island. Mirabelli's stated goal on Love Island is to find a possible life partner, but should Mirabelli be forced to leave the Island alone it's clear that he has plenty of other irons in the fire to keep him occupied should his search for love take a little longer than he would like it to.

More like this
Former 'Bachelor' Producer Elan Gale Knows The Secret To Your Favorite Shows
By Samantha Rollins
'FBoy Island's Niko Seriously Jeopardized His Relationship With Louise
By Kadin Burnett
'FBoy Island's Danny Shocked Everyone When He Revealed His Secret
By Kadin Burnett
The Love Island 2022 Reunion Drama, Explained
By Sophie McEvoy
Get Even More From Bustle — Sign Up For The Newsletter