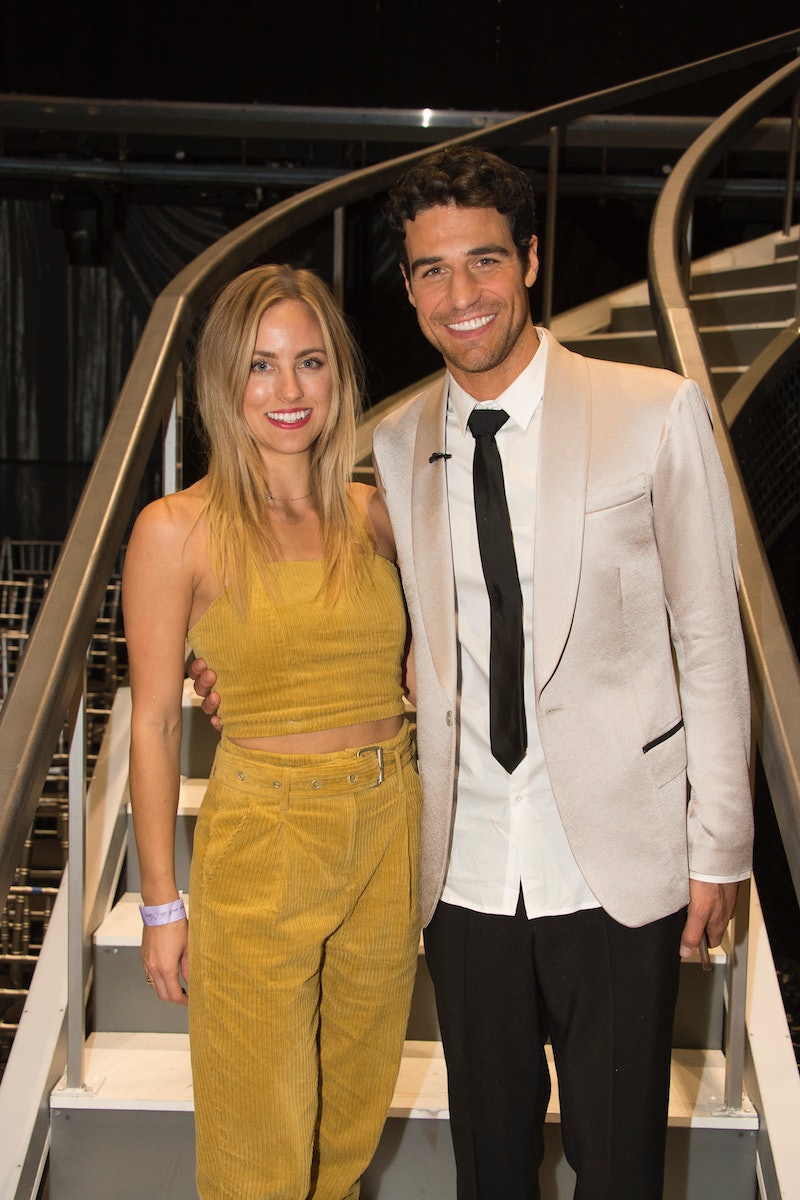 What is the most logical day for Bachelor in Paradise couples to celebrate an anniversary? The day they met? The day they first kissed? The day they stopped dates with other people? The day they went public with their relationship? It's unclear, even to them. Joe Amabile aka Grocery Store Joe posted about his anniversary with Kendall Long on June 30... even though he wasn't totally sure if it was the right day or not.

The Bachelor franchise favorite shared a photo of the two of them sitting on the beach and wrote,

It's the thought that counts, right? Plus, they deserve credit for outlasting most reality TV couples, even if the exact anniversary date is unclear.

When Bachelor in Paradise Season 5 ended in Summer 2018, Joe and Kendall reunited after their breakup on the beach. Kendall flew to Chicago to win him back and she was successful, but that meant they were in a long-distance relationship. Well, that was until the Season 5 reunion episode when Chris Harrison revealed that Joe would be a contestant on Dancing With the Stars. This put Joe in the same city where Kendall has lived: Los Angeles, California.

Aside from spending time together in California, Joe and Kendall enjoyed many travels together, both domestically and internationally. Travel is a true test in most relationships. In March, Joe and Kendall embarked on a Europe trip.

Just a month later, Joe and Kendall became roommates in West Hollywood, California, news that they both shared in Instagram posts on April 26. In her caption, Kendall shared that she "couldn’t be more excited to start building a lil life together with this cutie." In his Instagram post, Joe joked that the couple "should probably buy some furniture." Probably, but they seem to be traveling a lot, so who knows how often they're even home.

Joe and Kendall's relationship timeline has been relatively normal in comparison to most Bachelor franchise couples. Well, aside from their televised relationship on the beach. Nevertheless, they haven't been in a rush to progress their relationship. Instead of getting engaged at the end of filming like many Bachelor in Paradise couples have, they moved at their own pace.

Still, meeting on a reality TV dating show means that there always questions about the future of their relationship. Kendall addressed the constant chatter about getting engaged during a January interview with E! News. She explained, "Our whole entire relationship is about being engaged… As two people who are mainly afraid of commitment, it makes it so the idea of talking about engagement isn't scary." That's one good thing about meeting on reality TV — they had big relationship discussions early on.

Not only that, but they're more than prepared for if/when that day comes. In that same interview, Kendall remarked,

"It just makes it more fun and we think that it will definitely, possibly happen someday but as of now, we want to get so many more things solidified in our life before we take the next step."

Whenever that does happen, they'll have a lot of support from Bachelor fans, their friends, and family, of course. Kendall and Joe's relationship has progressed so much in the last year (give or take a few days). They are going strong and blessing Instagram timelines with relatable cuteness on a regular basis.