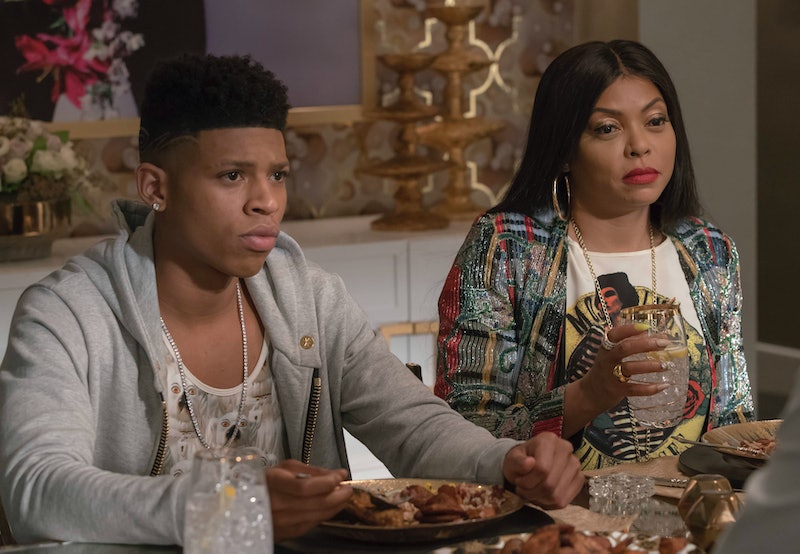 Baby Bella is gone on Empire. I know what you’re thinking: who is baby Bella, and why do we never get to see her? Hakeem's daughter Bella has mostly gone the way of Zola, Bailey, and the other Shepard kids on Grey’s Anatomy (that is to say that she, like them, are never around), but now she is a bona fide plot point. Who kidnapped Hakeem’s baby on Empire? I didn’t think that the Dubois family had it in them, but it turns out that you can’t mess with Mama Dubois and get away with it.

The rift started when Cookie declined Angelo’s marriage proposal. In doing so, she kinda sorta cost him the New York City mayoral election because he was ranting and raving about how she said no and how he did illegal things for her, and all the while his microphone was on and everyone heard everything. Whoops? He should just build a bridge and get over it, but when Child Protective Services showed up to swoop in and take Bella away, it looked like the Dubois family was all over it. Turns out that they weren’t, but — plot twist — after Cookie has Angelo kidnapped and beaten by her muscle, Mama Dubois takes baby Bella and plans to make the baby her own because the Lyon family had taken one of hers, or whatever.

Really, the only thing the Lyon family did that was wrong was getting involved with the Dubois in the first place. Cookie had every right to decline Angelo’s marriage proposal, and he shouldn’t have done it on television! That’s bush league, man. There’s too much ego involved here, and it’s not Cookie’s fault that Angelo’s political life is Duncan Sheik levels of "Barely Breathing. Not her fault. But suddenly it is, and Bella is now a Dubois and Anika thinks that she brought this upon herself. If anything, Angelo needs to get his mother to give back that baby, and leave Cookie alone forever.