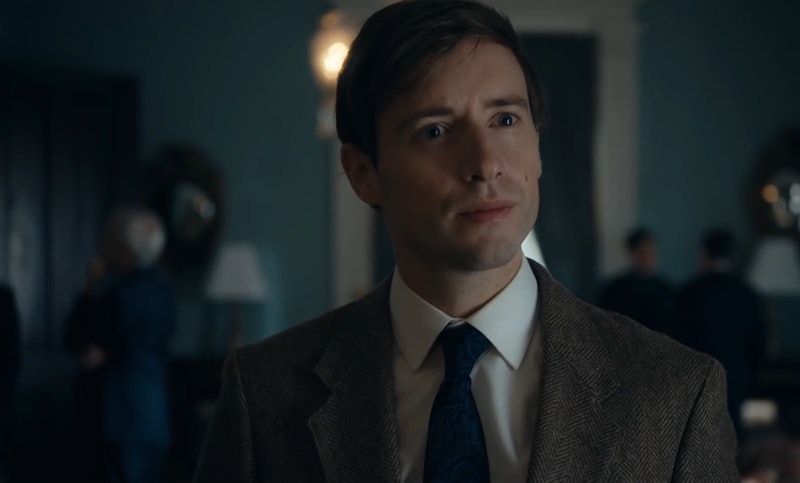 Netflix has made a name for itself in terms of true crime content in recent years, and that doesn't seem to be stopping any time soon. The Family, a docuseries debuting this week, turns an eye on one of the most secretive religious groups of our time. The Fellowship, described by Netflix as "enigmatic conservative Christian group" that "wields enormous influence in Washington, D.C.," has long been shrouded in mystery. Even some of its locations have been shielded from public view — for example, the specifics of who lives at Potomac Point in 2019 is unknown, though it is likely still the home for the group's resident women.

According to a Washington Post article from 2003, The Fellowship is best known for its National Prayer Breakfast, which persists today and usually has the sitting President in attendance. But they're more than just an event-planning committee. Over the years, the Fellowship's members have become religiously and politically influential worldwide. They moved into homes around a "dead-end street, forming a tight-knit enclave that prays, socializes, and home-schools its children together," the Post continues, and they appear to remain there today.

Potomac Point, the article states, has been house within that space that technically qualified as a "group home" in the county, because more than four unrelated women lived there.

Since then, it doesn't appear there's been any news about a change in the home's function. When the New Yorker covered the Fellowship's presence in 2010, the same area served as the group's home base, and the group's website makes no note of their facilities other than to say that The Cedars "is a place of peace and privacy, where trusted relationships are nurtured to encourage a leadership led by God."

Little is known about what goes on at Potomac Point, though the World News Organization reported in 2009 that women there "work dusting shelves, scrubbing dishes, and making meals at the Cedars." There have been unverified rumors and reports about what else goes on there — but none of the accounts seem to be attributed to anyone other than unnamed sources.

Hopefully The Family will shed some more light on Potomac Point and the happenings within The Fellowship, because there are so many questions left to be answered, especially as accounts of the group differ so widely. There are some who swear by its goodness — former White House counsellor Ed Meese told the New Yorker in the piece above that he found peace there following his son's sudden death.

“All of us have had family problems, personal problems. It’s a place where you can discuss these problems," he said. "You come together in the name of Jesus, so you have a natural kind of bond. And the group dynamics are such that you have total confidence that nothing you are going to say is going to make you vulnerable through your colleagues, which is rare in Washington."

But others suggest its political dealings are inappropriate, outdated and far-reaching. Netflix's trailer, above, certainly seems to suggest that their goals are less about religion and more about power. Journalist Jeff Sharlet, whose writings act as the basis for Netflix's series, told Vox that things like the National Prayer Breakfast could be simply a ruse for political gain.

"[A source says] the National Prayer Breakfast is used by the Family to circumvent the State Department," he said. "They are arranging meetings with a real who’s who of nasty figures — the kind of government leaders from foreign nations who might not otherwise have access to American power but [who] the Family, in pursuit of their strongman vision of Jesus, thinks are actually anointed by God for leadership."

Whatever the truth may be, it's clear that there are plenty of people digging into it. With The Family, the doc's titular group might not be so mysterious for very much longer.