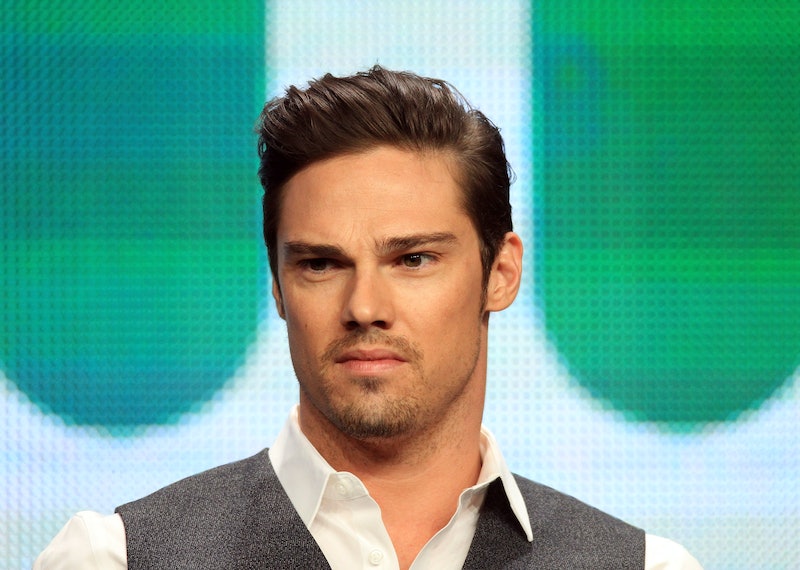 It Chapter Two, which premieres on Sept. 6, follows the Losers Club as they all reunite 27 years after their first encounter with the evil shapeshifting clown Pennywise (Bill Skarsgård). With this sequel, fans get to see the adult Losers in action. As this was the plan ever since It's 2017 release, the casting of those roles has been a hot topic. There are big names in the headlining roles, with James McAvoy as leader of the group, Bill Denbrough, Jessica Chastain as abuse survivor Beverly Marsh, and Bill Hader as the smartass Richie Tozier. But the rest of the club is filled out by actors who may be lesser known to some fans. In It Chapter Two, adult Ben is played by Jay Ryan, who comes from some prominent small screen roles.

Back in the the '80s, new kid Ben Hanscom (Jeremy Ray Taylor) was probably the smartest member of the Losers Club. He was the one who went to the library, and actually did research on the mysterious disappearances of children in their town of Derry, Maine. But he was also bullied for being a larger kid, hence his need to belong with the Losers. In the It novel, Stephen King wrote that when Ben smiled, "there was a ghost of the handsome man he would become in the lines of his face." And so as an adult, Ben indeed blossoms into a man his friends almost don't recognize when they meet up again in Derry — played by Ryan, who was the leading man in the CW series Beauty and the Beast.

According to his IMDb bio, the actor's given name is Jay Bunyan, and he was born in Greater Auckland, New Zealand in 1981. He began his career with minor roles in Ryan Gosling's TV series Young Hercules, as well as Xena: Warrior Princess, both of which shot in New Zealand. He then later moved to Australia and took on bigger roles such as Jack Scully in Australia's longest-running drama series, Neighbours.

Ryan didn't really foresee a career in Hollywood. He spoke with back in 2012 about how he landed his role in Beauty and the Beast, after scoring a part in the BBC/Sundance miniseries Top of the Lake, starring Elisabeth Moss. The actor played Mark, one of the sons of Peter Mullan's character Matt, in Season 1.

"The role I was playing was very intense, and they shaved half my hair off. So, I looked like this post-apocalyptic character," he said. "I was like, 'I’m not going to get a job in America, looking like this,' so I just wanted to focus on that job. But, I got a call from my agent saying, 'They want you to audition for Beauty and the Beast.'" The show, which is a far cry from the Disney take on the tale, is about a detective (Kristin Kreuk) who works with Dr. Vincent Keller (Ryan), who suffers from a condition that causes rage to turn him into a monster, to solve the mystery of her mother's murder. It ran for four seasons, from 2012 to 2016.

Having found a lot of success in TV, It Chapter Two is Ryan's first major feature film. Collider reported that unnamed sources had told the outlet that, when the casting process was heating up, director Andy Muschietti "wanted a couple of A-list names up top," like McAvoy, Chastain, and Hader, "but [wanted] for the rest of the cast to be filled out by solid character actors." And so Ryan fit the bill.

In addition to making sure they had the acting chops, the creators of the movie also wanted to make sure it was believable that the young Losers would grow up into the older Losers. "[The studio] asked for photographs of me at the same age as Jeremy [Ray Taylor] in the first movie, and I was like, 'Yes, I've got this in the bag,'" Ryan told ABC 10 in an interview. "It sealed the deal because we actually looked like each other."

You'll be able to see how the two Bens match up when It Chapter Two hits theaters this Friday.