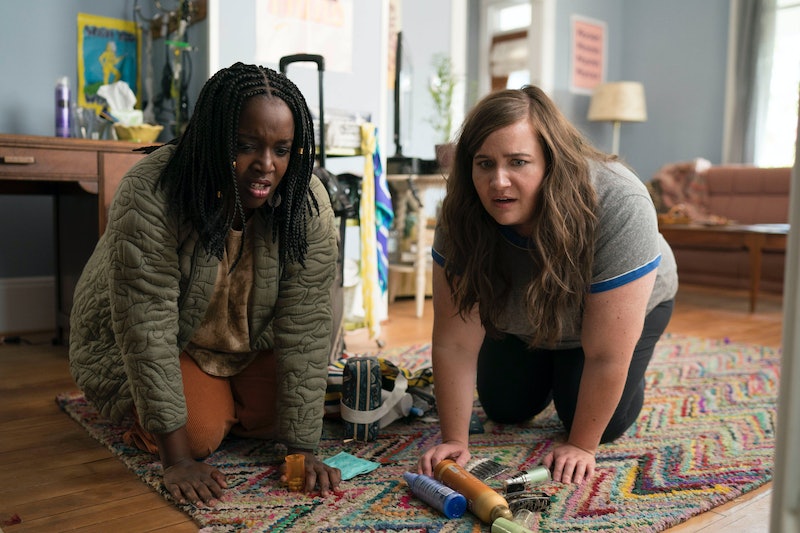 Every gal needs her bestie — the person who will be there when things are bad, gab all night on the phone, watch bad movies, and just generally navigate the world with them. For Annie on Shrill, that person is Fran, her best friend and roommate. Fran’s confidence is inspiring to Annie (played by Aidy Bryant), which is just what she needs — someone to boost her up. Every woman needs a hype man (or woman). Lolly Adefope, who plays Fran on Shrill, is just that to Annie.

Adefope made her American debut in 2018’s The Spy Who Dumped Me with one of Bryant’s good friends and Saturday Night Live colleague, Kate McKinnon. Adefope was, however, already pretty famous in England, having acted in series like Plebs, Rovers, Sick Note, and Together. She’s also a standup comedian, playing herself on British shows like Taskmaster, Alan Davies: As Yet Untitled, and The Last Leg. She’s even had her own Christmas special.

If you’re in the States and into Adefope and you can’t get any sort of British television (finding that perfect streaming service can be a lot of work), American audiences can see Adefope currently in Miracle Workers with Steve Buscemi and Daniel Radcliffe. It’s been a big few years for Adefope, who has said that she's starting to feel like she’s doing something meaningful.

"Miracle Workers was the first time I've been on a big American TV set,” Adefope told Forbes in early 2019. “So that felt very epic.. It was the first time where I felt like I'm making television like I've always dreamed of… It felt definitely okay, I'm acting now," she added. After fans get to meet her on Shrill, it's only a matter of time before you'll be seeing her everywhere.

According to AZCentral, Fran, Adefope’s character on Shrill, which is based off a book of essays by Lindy West, is “a hairdresser who has a tendency to cheat on her girlfriends.” Annie and Fran both live in Portland, where Annie works for a mid-range newspaper and is struggling with her current relationship, or almost relationship. And, oh yeah — both of them are fat, and they don’t want to have to change that in order to find love and be successful, which plays out rather beautifully throughout the series.

In an interview with Cosmopolitan, Bryant opened up about how her body shouldn't have to be a focal point of her series. “Yeah, I’m fat,” Bryan said. “I’m not afraid of saying that. And there are a lot of euphemistic ways to soften it, like, ‘She’s chunky or curvy.’ But there’s something to be said for just owning it and not letting it destroy me.”

Both Annie and Fran are, like most millennials, trying to figure it all out. Adefope’s Fran seems like the perfect confident foil to push Annie into being her best self. It might work, and it might not, but as long as they have each other, though, it seems like it will all work out.