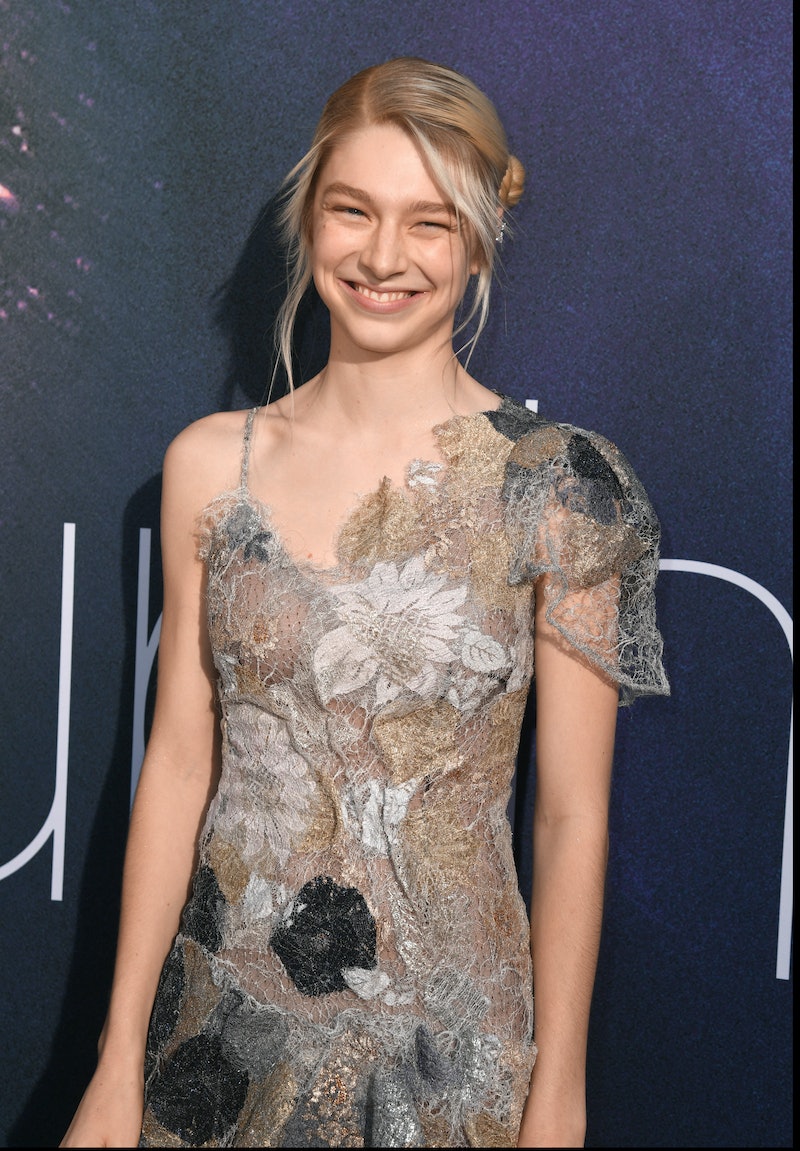 The world was first introduced to Euphoria star Hunter Schafer when she was 17. As a young trans woman, she was asked to be a part of the ACLU's lawsuit against North Carolina for its discriminatory "bathroom bill," per W magazine. In the three years since, she's evolved from an activist to a model to an aspiring designer and now, to a burgeoning actor. In her first role, she plays Jules in HBO's Euphoria.

According to IndieWire, Jules is a transgender girl who just moved to town. She's described as having toxic relationships with "older and overtly homophobic men," but she also strikes up a friendship/potential romance with Rue, played by Zendaya. That could end up being toxic, too, considering that Rue just got out of rehab. "Rue doesn’t so much help Jules get out of the toxic pattern as much as Rue becomes an alternative," Schafer said in another W magazine interview.

The series, which is based on an Israeli show, focuses on a group of high schoolers. It is, at its core, a love story surrounded by sex, drugs, and trauma, according to the official HBO description. It was written by Sam Levinson, who previously helped pen the screenplay for HBO's Bernie Madoff movie The Wizard of Lies.

Levinson obviously doesn't innately know the experience of being a transgender teen girl, so Schafer said he relied on her to help out with Jules' story at some points. "It was a very collaborative process, and Jules had a similar storyline to my life, at least as far as transition timelines — not what happens within Euphoria," Schafer told W magazine. "Also, Sam Levinson was really open to collaboration because he can only write to some identities, so it was up to us to help him fill in little pieces."

Levinson told The Hollywood Reporter that he was thrilled to find Schafer for the role of Jules. "I had written the script and our casting directors were scouring all of America, they were in malls in Ohio and Florida just trying to find the right person for Jules," Levinson said, adding:

"Once we found Hunter and she came in and she read, I sat down with her at Factor's Deli in Los Angeles and we just talked for like six hours ... It was just one of those conversations that was so inspiring about the possibilities of where this show could go and where this character could go that I just immediately went home and started writing."

Schafer praised their conversations as well, telling THR that Levinson was good about listening to her own experiences and taking the time to "make Jules really dimensional and deep."

Perhaps Euphoria will lead to more acting opportunities for Schafer, but she has plenty of other things to focus on in the meantime. She's still modeling and trying her hand at designing. The first W magazine article mentioned above reported that she recently participated in an internship for designer Vaquera. She also enrolled in London's Central Saint Martins design school, which is where Alexander McQueen went.

Schafer is clearly on the up-and-up, and her star will only continue to rise to prominence thanks to her role in this highly-anticipated HBO series. Euphoria premieres June 16.