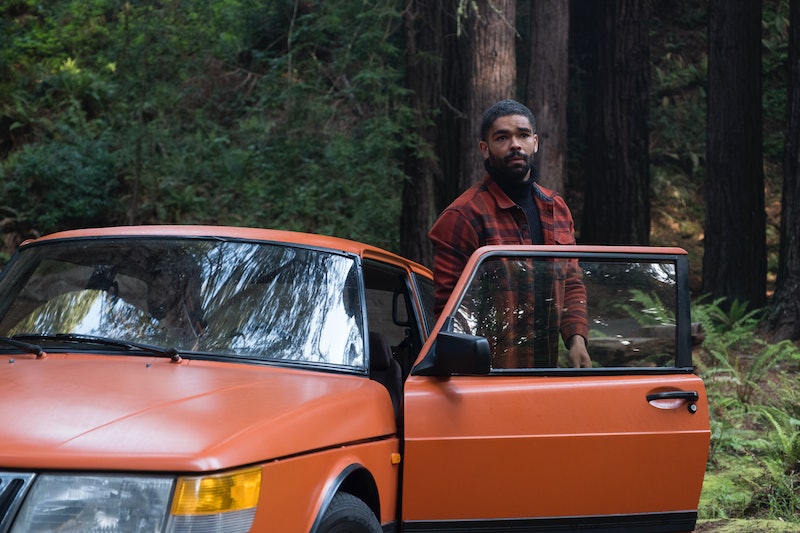 There's a new character in The OA Season 2 and there are plenty of reasons to be excited about him. According to Vulture, Karim is a San Francisco detective on the hunt for a woman's missing granddaughter, and he eventually teams up with OA to find her. So let's investigate this newcomer — who plays Karim on The OA?

His name is Kingsley Ben-Adir, and there are a few places you might recognize him from. He's appeared in King Arthur: Legend of the Sword, World War Z, Trespass Against Us, Deep State, and several other projects. He's also already spoken about his role in The OA, which debuted in 2016 and has been MIA since, and why he was drawn to the series in the first place.

"You could deconstruct [why people like the show] and say that it's maybe the fact that all the kids are misfits and different, and there's some characters that we don't normally see represented who are represented. The way that they come together is unusual," he told DigitalSpy. "There's so much individuality in it. I haven't seen everything, but I can say, in my reference or my experience, I've never seen anything that's even a tiny bit similar to The OA."

He also said he thinks The OA is a breath of fresh air in a TV landscape that's often saturated with violence. "Violence is so overly represented onscreen, and we see violence so much, and we believe it," he continued. "And The Movements were kind of a way of being the opposite of that – to have a different effect to violence, which was really interesting."

The OA's fanbase is famously passionate and ready to dissect basically every single detail presented to them, especially after they've waited so long for a second season. Theories about Ben-Adir's character are already gaining traction on Reddit, and fans are excited for his arrival on the show. "Kingsley is so likable, can't wait for his new character!" wrote Reddit user doots.

Reviews of his performance in Season 2 have also been good thus far. Sophie Gilbert wrote for The Atlantic that his character "often functions as an avatar for more skeptical viewers, responding to the events unfolding around him with the arched eyebrow of the hard-boiled detective." That certainly seems like a helpful person to have around on a show filled with so many twists and turns — both for the characters and for viewers.

Season 2 in general seems to have at least kept critics interested, despite a few minor missteps. Vulture's Jen Chaney wrote that some moments in The OA's second season "are so visually and conceptually bold, including imagery reminiscent of the works of Steven Spielberg and David Lynch and shots of everyday sights rendered to look iconographic, that you have to admire [creators Zal] Batmanglij’s and [Brit] Marling’s vision." That's pretty high praise, but it was followed by the caveat that "there are other moments that skirt so close to the pretentious and ridiculous that they made me think I might actually transform into the eye-roll emoji."

But hey, with a show as wild and unpredictable as The OA, that might just be part of the deal. Ben-Adir is fully on board with all of the show's weird mysticism, and could have a long future with it if the series can keep up its success.