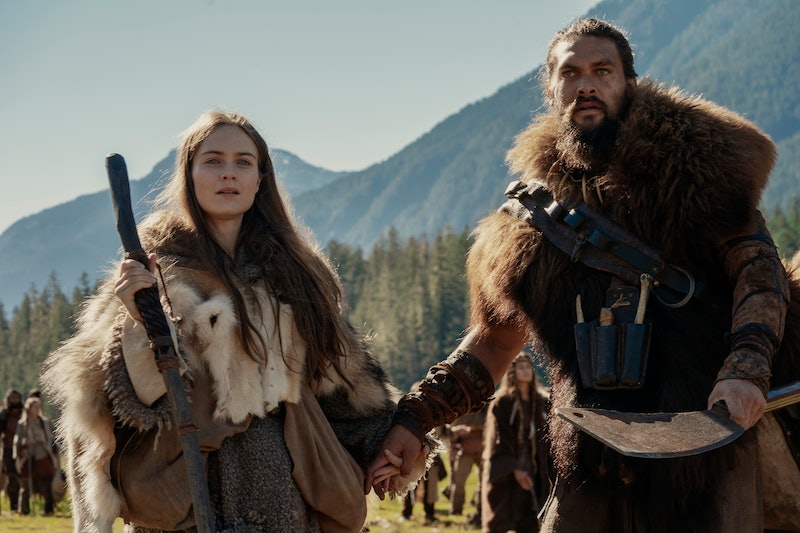 In the new Apple TV+ series See, humans have lost their sense of sight. But when Baba Voss' wife Maghra, played by Hera Hilmar, gives birth to twins that can see, their lives are immediately in danger as the queen and her followers do everything possible to get their hands on the children. It will be up to Baba Voss (Jason Momoa) and Maghra to protect and keep them safe.

While most viewers will be familiar with Momoa, Hilmar could be a new face to many. The Icelandic actress's career began all the way back in 1995, when she appeared in the movie Tears of Stone, according to IMDB. After another film role in 1998, she seems to have taken a break from acting until 2007, when her career truly began to pick up steam in her homeland and abroad.

In the US, fans are most likely to recognize Hilmar from the TV series Da Vinci's Demons, in which she played the role of Vanessa Moschella, a friend of Da Vinci's and the former lover of Giuliano Medici, and 2018's Mortal Engines, based on the Philip Reeve books of the same name.

Preparing to play Maghra certainly required Hilmar to step out of her comfort zone, and she and Momoa revealed in an interview with ET Canada that they attended a "blindness bootcamp" in preparation for playing characters without sight. While the actress described the experience as "scary" to UPROXX, she also admitted that it helped her realize that "we are capable of so much more" without sight as it forces the brain to heighten the other available senses.

However, perhaps the most challenging part of playing Maghra was the birth scene, which the actors and crew worked hard to make as "visceral and as real as we could." She called the scene "difficult," adding that the impact is even greater when considering that Maghra immediately had to get up and begin traveling in harsh terrain again just after giving birth.

"I would imagine that’s not going to be easy for anyone to walk really far to a new home, over bridges, over mountains, and everything, but at the same time, it’s like a life-death situation, and you just have to do it and trust it. And at every moment, they could die," Hilmar said in the same UPROXX interview.

While See is sure to be fraught with danger not just for Maghra and Baba Voss but their twins as well, it also aims to transport audiences to new places, just as filming it did for Hilmar. "[It] took us to places that, creatively, I wouldn’t have been able to go otherwise," she said.