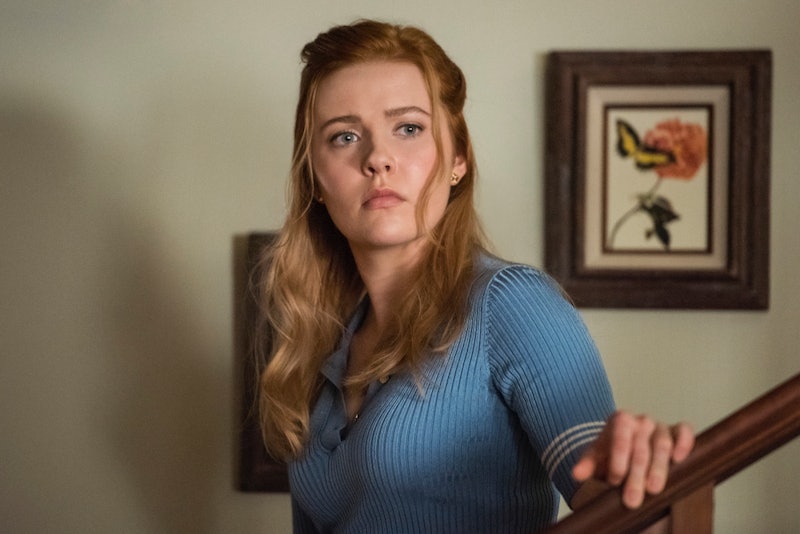 Nancy Drew, the subject of over 64 classic mystery novels, is getting an update in a new series on the CW. The show promises to be a thoroughly modern version of the mystery series which will also focus heavily on the paranormal. Kennedy McMann, who plays Nancy Drew in the CW series, is ready for the challenge.

In an interview with Cosmopolitan, McMann reveals that not only did she grow up reading the Nancy Drew books but her love for the sleuth was so strong that her fiance even nicknamed her "Nancy Drew" before she ever even auditioned for the role. When she did get the opportunity to read the script, it felt like kismet. "It’s all very cosmic," McMann admitted. "If I could have picked one person to portray, it would have been her. It gives me shivers to even say that." She told the Chicago Tribune that although she was a fan of the books, she wanted to go into the role with a fresh take on the character.

"I intentionally did not reread them because I was confident in the history that I had with the character, and I felt like I knew her really well. And I feel like I wanted to just be true and dedicate myself to the Nancy that we were creating, with all the knowledge that I already had to back up the historical relevance of her traits and things like that," she said.

Which means that this version of Drew is way different than the one she grew up idolizing in the books. It's a change that the 23-year-old actress welcomes with open arms, saying, "Nancy’s not the prim and proper, perfect Nancy Drew you know from the 1930s books."

It's this multi-dimensional version of Nancy that especially drew McMann to the role. Speaking onstage with her castmates at PaleyFest on September 7, she explained, "For me, it's refreshing because she's not the perfect girlfriend, daughter, robot, detective girl. That’s not interesting at all to me. The stuff that drives me is this realistic messiness that's displayed in all the grey areas of life."

While Nancy Drew is undoubtedly McMann's biggest role to date, it's not her first crack at television. Her first TV role was playing Sara Moreland on an episode of Gone in 2017. A year later, she portrayed Carol Solomon in an episode of Law & Order: Special Victims Unit.

McMann was confirmed for her Nancy Drew role back in February 2019, though further details about the series have been pretty sparse since then. One thing we do know is that the relationship between the grown-up Nancy and the single dad who raised her will be central to the on-screen drama.

"You have two people who are fundamentally as connected as two people can be who have just lost each other, and there’s this chasm between them and they have lost the ability to find the other," said Scott Wolf, the actor who plays Nancy's father Carson, revealed in an interview with Variety. "There’s this idea of, 'Who am I supposed to be to you now? And who do I need you to be for me?'"

It's a transition which will be difficult for both Carson and 19-year-old Nancy, but McCann feels confident that the strong connection between the father and daughter will win in the end.

Equally as interesting will be all of the ghost hunting and murder mysteries she'll have to solve in Horseshoe Bay. McCann, for what it's worth, is up for the challenge.

More like this
Every Horror Movie Reference In The 'PLL: Original Sin' Premiere
By Alyssa Lapid
Netflix Just Rebooted A Classic ‘90s High School Drama
By Maxine Harrison
You Can Now FaceTime With 'Bridgerton's Regé-Jean Page
By El Hunt
Sarah Michelle Gellar Will Star In A Supernatural Teen Series & It’s Not Buffy
By Catharina Cheung
Get Even More From Bustle — Sign Up For The Newsletter