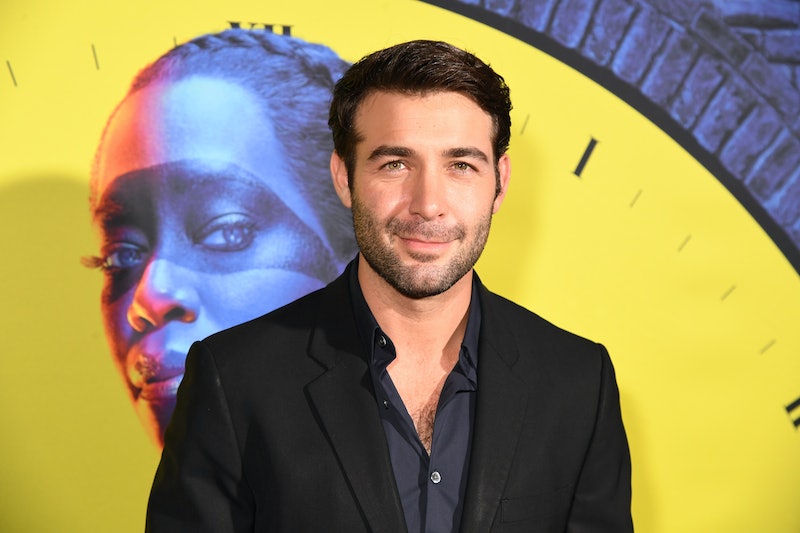 Even if you've read the graphic novel countless times, chances are you're still not entirely sure what is going on in HBO's adaptation of Watchmen. However, fans of this comic universe likely perked up at the appearance of Senator Keene, who is played by James Wolk in the Watchmen series. Senator Keene is a presidential nominee running against incumbent Robert Redford, who has been in office since 1992. The Keenes are something of a political dynasty in Watchmen at this point, as it was Senator Keene, father of Wolk's Keene Jr., who passed the 1977 Keene Act that banned "costumed adventuring" thereby creating the world of the Watchmen comics.

Wolk's charm and charisma has long been part of his success as an actor, frequently finding himself in leading television roles like Jordan Evans in Tell Me A Story and Jackson Oz in Zoo. The TV role he's perhaps best known for is a relatively minor role as the Bob Benson in Mad Men. Bob Benson, much like Keene Jr., had a charming and positive affect. However, Bob had built his entire life on a foundation of lies — and Senator Keene could be hiding a major secret as well.

Keene Jr. visits Tulsa following the murder of Judd Crawford, referring to the former Chief of police as an old friend — not considering that a presidential run could be impacted by telling someone you are friends with a man who kept a KKK shrine hidden behind his closet. Unless, of course, Keene Jr. is aware of the KKK shrine, and his friendship with Judd is part of the "vast and insidious conspiracy" that Will Reeves keeps referring to. Or, perhaps Keene Jr. is keeping a costume of his own in hiding as an act of rebellion against his father?

The Keene name is built on the notoriety of the Keene Act, which banned vigilante superheroes following a massive police strike that nearly shut down New York City, as depicted in the comics. This fact has inspired some Watchmen viewers to theorize that not only is Keene Jr. secretly a superhero, but he's taken up the mantle of one of Watchmen's most famous crime fighters — Nite Owl.

The first Nite Owl, Hollis Mason, was killed during the events of the comics. The second Nite Owl, Dan Dreiberg, has been in federal custody since the events of the comics according to the supplemental materials HBO has made available online. However, trailers for the season's third episode reveal that Keene keeps an Owl in a cage, and that a superhero who looks a lot like a third Nite Owl shows up during a bank robbery. A shot from that scene appears in another trailer with the yet-to-be-formally-introduced Laurie Blake, revealing that the scene happens in the present day and isn't an American Hero Story: Minutemen fakeout.

Could Keene Jr. be donning the Nite Owl mask in defiance of his father's political legacy? As those who watch the other shows by Watchmen creator Damon Lindelof know, daddy issues are a frequent and recurring theme throughout his projects. Perhaps Keene donning a mask will be Watchmen's take on this Lindelofian theme by having him don the mask of a superhero his father outlawed.

While Wolk certainly has the look of a charming, all-American superhero or politician, the complexities of Watchmen mean it's near-impossible to predict what's actually going on with Senator Keene. Whether he's following in his father's footsteps or bucking the rules, it's clear that there's reason to be suspicious that Keene Jr. is hiding something.