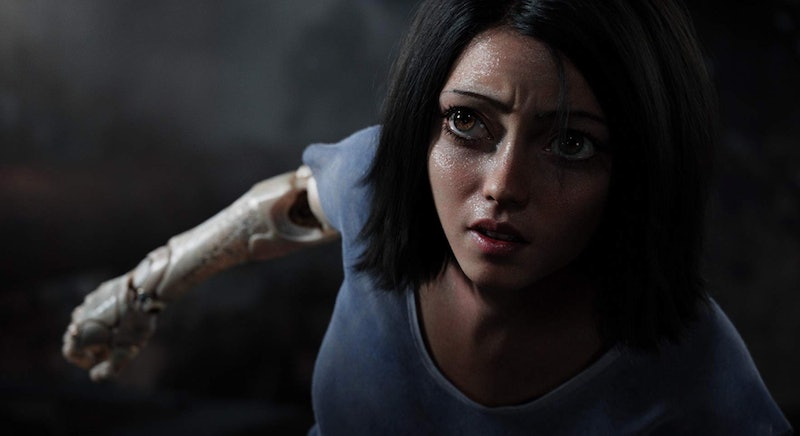 The star began her career in 2010, appearing in various CollegeHumor videos, including the one about an Inception character not understanding the plot. But, since then, she has appeared in numerous hit TV shows, including American Horror Story: Murder House, Parenthood, and Comedy Bang! Bang! She also voices Ms. Benitez in Big Mouth. She’s appeared in some big movies to, like Bird Box and the Maze Runner sequels. But her role as Alita is her biggest one yet, and it involved an interesting filming process.

In an interview with Screen Rant, Salazar discussed what it’s actually like to act as a CGI character. “A lot of it is just stuff you learn to cope with but other than that, I mean, you're in a groundbreaking suit that is... this is the cutting edge of technology and we're creating a brand new human,” explained the actor. “That's different. I'm not a huge fan of the live-action hair and makeup and wardrobe. I love my job. Obviously, I love acting. I almost feel like I've graduated that part and now I'm onto this […] Like I'm onto doing the process plus another process because I don't know, I got really obsessed with this and the ability to create a character without the nuisance, almost of making sure my angle is right. I can be really in my head and superficial if it's my coverage and go like ‘Oh, now the camera is here so I have to do this and then I'll look here, and then the lighting, and oh we have to get the lighting...’"

Salazar said she was immediately drawn to the role because she’d be working with both filmmakers, but fell in love with the script the first time she read it. “You don't always read a script like that. That is so filled with emotion, that is so perfectly structured, that it's almost like a masterclass while you read it,” noted the actor to Screen Rant.

The fact that this is Salazar’s first big leading role is important because of the meaning that her casting carries within the genre. Many fantasy-action movies still mostly have white male protagonists, including huge franchises like Lord of the Rings, Star Wars, Harry Potter, and most Marvel flicks. In an interview with AV Club, Salazar noted how meaningful having representation onscreen in Alita will be to fans. “When you have a Latin actress playing the lead role, I want young Latinas to go ‘I’ve never seen this before! This inspires me, this touches me.’”

And who knows? This Alita movie could spawn a franchise of its own, turning Salazar into a bonafide sci-fi/fantasy star.

More like this
Kukulkan From 'Wakanda Forever' Has A Surprising Connection To Marvel History
By Grace Wehniainen
Netflix Shut Down 'Bridgerton' S3 Rumours About A “Very Dark” Storyline
By Bustle
'The Queen’s Gambit' Season 2 Tweet Wasn’t From Anya Taylor-Joy
By Mary Kate McGrath, Jack Irvin and Grace Wehniainen
Rupert Grint Just Shared A *Major* Update About Ron Weasley’s Future
By El Hunt
Get Even More From Bustle — Sign Up For The Newsletter
From hair trends to relationship advice, our daily newsletter has everything you need to sound like a person who’s on TikTok, even if you aren’t.