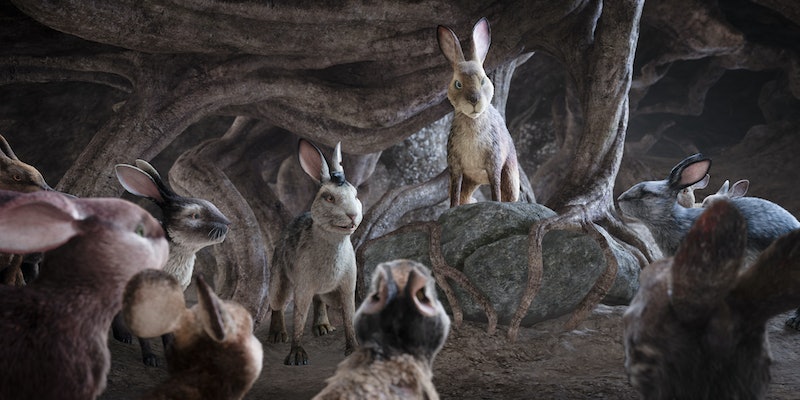 I don’t know about you but my Christmas schedule books up pretty quickly. Between work Christmas parties, present shopping, and family meals it can be difficult to find time to squeeze in all of the amazing TV and films on at this time of the year too. However, there is one thing I will not be missing this festive period. Starting on Dec. 22, BBC One will air its adaptation of the childhood classic, Watership Down. This is already a much loved, harrowing tale of adventure but who voices Hazel in Watership Down? You will absolutely recognise this award winning actor’s voice, but playing a rabbit is a little bit of a far cry from his usual roles.

An all-star cast will retell this well-known tale for audiences with James McAvoy voicing Hazel, the rabbit who seeks to get his family to refuge from destruction. McAvoy has already proven that he is an actor that can turn his hand to almost every role. With a massively successful career spanning 24 years there is no doubt he is going to be amazing as Hazel. Between 2004 and 2005 he appeared on Shameless as Steve McBride. He went on to turn his hand at some period drama work in 2007 playing Robbie Turner in Atonement. He starred in X Men as a young Charles Xavier and in 2016 played the main role in thriller, Split. He is also no stranger to voiceover work, as he starred alongside Emily Blunt and Johnny Depp in 2018 as Gnomeo in Sherlock Gnomes.

Speaking about his role in the new BBC One adaptation of Watership Down in a press release McAvoy said:

“Hazel is quite ordinary when we first meet him. He’s quite middle of the road, but he has this exceptional brother, Fiver, who is incredible and highly sensitive, to the extent he has visions of the future. When Fiver says he has a really bad feeling about something and that they’re not safe to stay at their warren anymore, Hazel trusts his brother implicitly. They then set off on this adventure to find a new home, which Hazel is at the forefront of.”

Watership Down tells the incredible story of two brothers Hazel and Fiver — voiced by Nicholas Hoult — as they escape from their home on Sandleford Warren, facing challenges and predators along the way in the hope to find a new safe home in Watership Down. Get your tissues out because this is going to be an emotional watch. The first of two feature length episodes will begin at 7 p.m. on Dec. 22 on BBC One with the second airing on Dec. 23 at 7:20 p.m. Speaking about the adaptation in a press release, Director Noam Murro said, “the tremendous talent of our cast and their personal connection to the source material allowed them to transcend the perceived limitations of any medium.”

I have no doubts that with an all-star cast lead by James McAvoy, Watership Down is going to be immense Christmas TV. And if you need any more convincing McAvoy said in a press release, “I was excited by the opportunity to try to bring Watership Down to a new generation, on such a huge scale as has never been done before. I think it’s a story you can relive in any decade.” Well he has me sold.