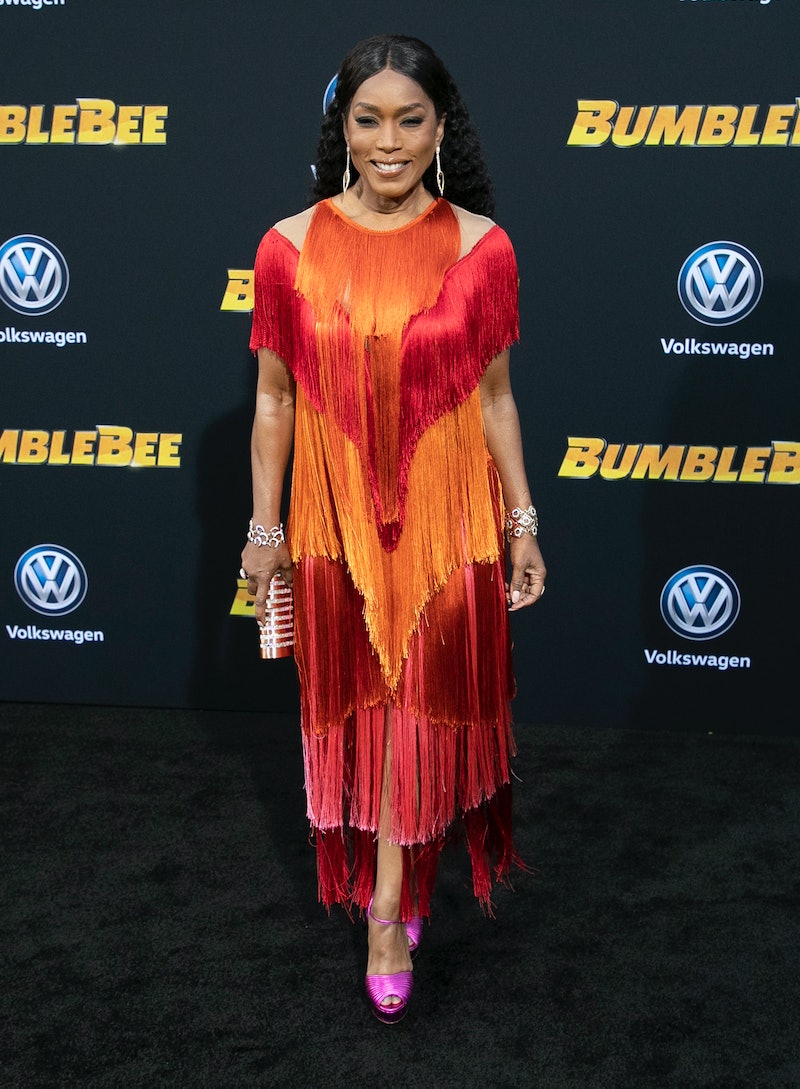 In her three-decade-spanning career, Angela Bassett has tackled every kind of role you can imagine, including inspiring rom com heroine Stella in How Stella Got Her Groove Back, Wakanda matriarch Ramonda in Black Panther, and, of course, her many characters in American Horror Story. But in Bumblebee, the upcoming sixth installment of the Transformers anthology, Bassett tackles something completely new. In the upcoming action flick, out Dec. 21, Bassett voices an original villain called Shatter, who is sent to Earth to kill Bumblebee. Not only does that role mark a big first in the franchise, it also allowed the respected actor to cut loose and have some fun.

Rather than concentrating on giving the character tons of nuance, this role gave Bassett an opportunity to do something broad and evil. She's playing someone (something) who is obsessed with power and is willing to do anything to get what she wants, with no pesky human emotions getting in the way.

“Typically I'm seen as a villain, but of a particular gravitas," the actor explains. "But I had been wanting the opportunity to play someone a wee bit bad and wicked. In this world you don't have to be so subtle. More is better — more is best, usually — but then this one you can just go out on a limb, just have as much fun as you can."

Past Transformers movies have been accused of having women mostly play overtly sexualized sidekicks, and franchise creator Michael Bay has been accused of sexist behavior. There are many reasons why many women didn’t feel Transformers included them as part of its audience, but this new film, written by screenwriter Christina Hodson, aims to change that.

To Bassett, it meant a lot to be involved in an empowering, female-focused narrative in an action flick that’s part of an anthology that was previously targeted towards men.

“I really love the character of Charlie [Hailee Steinfeld] and her journey. Her coming-of-age story. And it's just so relatable, whether you're male, female..." Bassett says. "[I'm] really looking forward to my twins seeing it and seeing what they pick up on."

The actor shares that she had been asked previously if she had ever pictured herself being a part of a series that felt “guy-driven.” Though Bumblebee doesn't skimp on the action elements that the franchise was built on, it goes the extra mile to be inclusive.

“Certainly, there are women who love cars and stunning action sequences and things of that nature but when you typically think of it, it's just so muscular — the dynamics," Bassett explains. "It really was a treat, impressive that they would go in this direction."

She appreciates that Bumblebee incorporates a touching story — namely, the bond between Charlie and Bumblebee, while still delivering on the thrills audiences come to see. “I was just really happy to see in a big blockbuster action film — to see human emotion and insecurities and resilience be a part of it," the actor says.

Shatter might seem like an unexpected character for Bassett to tackle, but the actor has been in this business for long enough to recognize a worthwhile role when she sees one.