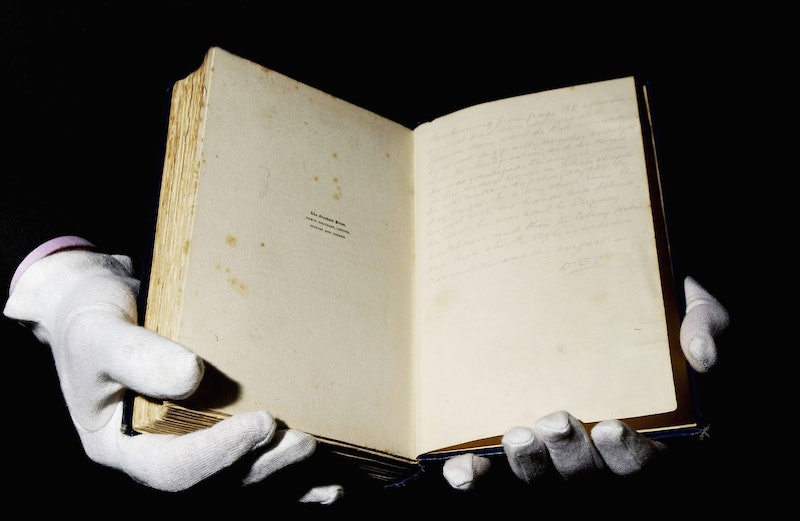 Anyone with a working internet connection has dipped their toes (or outright cannonballed) into the macabre side of Wikipedia at some point. For whatever reason, tales of unexplained disappearances and gruesome murder grab hold of the human imagination and refuse to let go — which is probabl why people still obsess over the identity of Jack the Ripper's last victim more than a century after her remains were found. According to research released on Monday, however, we may never truly know the answer.

Inarguably one of the most famous serial killers in history, Jack the Ripper is thought to have murdered at least five women in or around London's Whitechapel district in the fall of 1888. It's believed that a woman named Mary Jane Kelly was his final victim, but unlike the others, little verifiable information about her past exists. In fact, it's possible that she was living under an assumed identity at the time of her murder. This wasn't uncommon for sex workers at the time, but it's proven profoundly frustrating for anyone looking into her background. After a 2015 book claimed to reveal Kelly's "true" identity, researchers at the University of Leicester formed the Mary Jane Kelly Project to settle the woman's identity once and for all. At least, that was the idea.

In the book mentioned above, surgeon Wynne Weston-Davies claims that his great aunt, Elizabeth Weston-Davies, was the Ripper's last victim; Mary Jane Kelly was allegedly her fake name at the time. This caught the attention of crime writer Patricia Cornwell, who rounded up the same team of scientists who previously found the long-lost remains of King Richard III. The project's goal was to compare Kelly's DNA with that of Weston-Davies, thereby determining whether they were the same person. But there was one minor problem: Nobody knows exactly where Kelly's remains are buried.

This left researchers confined to a desk-based assessment. According to the project's press release, they decided to focus on answering three questions before submitting an application to exhume anyone.

(1) What would be required to determine a DNA match? ... (2) What was the likely condition and survival of her remains, if an exhumation was carried out? And (3) Where was Mary Jane Kelly buried and could her grave site be accurately located using surviving records?

After researchers visited St. Patrick's Catholic Cemetery and looked into its burial records, they found that Kelly's modern grave marker doesn't mean much. For one thing, it appears to have remained unmarked until the 1980s; for another, the marker is located in an area of the cemetery that was reused in the '40s. Her remains are likely mixed up with those of other individuals — somewhere between 54 and 394 others, in fact. Locating Kelly in particular would mean disturbing potentially hundreds of graves, assuming she was buried there in the first place. Furthermore, the project found that the evidence for Kelly and Winston-Davies being the same person is largely circumstantial.

The conclusion? "A successful search would require a herculean effort that would likely take years of research, would be prohibitively costly and would cause unwarranted disturbance to an unknown number of individuals buried in a cemetery that is still in daily use, with no guarantee of success," researchers said in a press release.

Sorry to disappoint all you fans of the morbid and/or creepy out there, but it looks like Kelly's identity will remain a mystery.

More like this
Meet The Disney Imagineer Bringing 'Guardians Of The Galaxy' To Epcot
By Charlie Mock
Where Is Dr. Cline Now?
By Morgan Leigh Davies
Don Crowder Successfully Defended Candy Montgomery, But His Story Ended In Tragedy
By Gretchen Smail
Remember These Ancient Pieces Of '90s Tech?
By Lucia Peters and Emma Carey
Get Even More From Bustle — Sign Up For The Newsletter