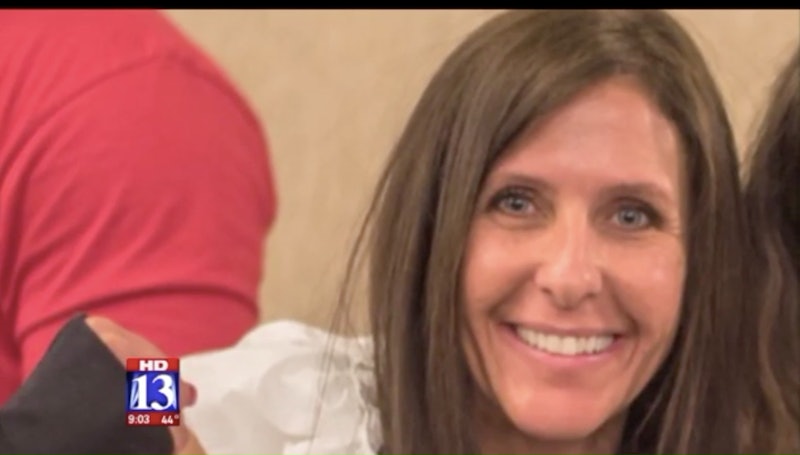 Sunday's tragic shooting in Las Vegas took the lives of at least 58 people who were simply going about their lives and enjoying what was supposed to be a fun-filled evening of music and exuberance. Instead, those at the Route 91 Harvest Festival endured a horrific evening of tragedy and many lost their lives the Las Vegas attack, including Neysa Tonks, a Utah native who was a mother of three, a skilled software company employee, and, according to her family and friends, an all-around exuberant, fun-loving individual.

As reported by Fox 13 in Salt Lake City, Tonks, 46, grew up in Sandy, Utah and attended Brighton High School. She moved to Las Vegas about 10 years ago with her three sons — Kaden, Braxton and Greysen.

Tonks was an employee of the software company, Technologent. The company released a statement following her loss.

The Technologent family lost one of our own in this tragedy. A great mother, colleague and friend, Neysa Tonks. She leaves behind three boys - Kaden, Braxton and Greysen. Neysa has brought so much joy, fun and laughter to Technologent – she will be greatly missed by all! Please join us in keeping her family in our hearts and prayers ...

Many of Tonks' friends and family members also paid tribute to her on social media and when speaking with reporters. AJ Yerage, one of Tonks' brothers, described her vibrant personality to KUTV, a Las Vegas CBS affiliate. Yerage shared his fond memories of Tonks with the television station.

How happy and lucky I feel that she was part of my life ... I can hear her laugh, her voice in my head and my heart right now ... [she was] always laughing, always joking, always sarcastic.

Yerage also spoke about how Tonks was a wonderful mother to her three boys, who are now ages 24, 17 and 14. Yerage said that Tonks loved to travel with them and provided them with a good life. He also commended his sister's professional ambitions saying, "She had a speed and intensity ... She was able to accomplish a lot of things."

Another brother of Tonks', Cody Davis, also spoke to Fox 13 in Salt Lake City. Davis described his sister as an adventurous spirit who loved skiing and hiking, among other activities. Davis praised his sister's spirit and personality, noting,

She was a mom first, and an adventurer second ... She was over the top fun, almost to the crazy fun ... She always made people laugh.

Friends and family also paid tribute to Tonks on social media and shared memories of her. Colt Amidan shared a photo of himself with Tonks and wrote, "Last night we lost a great person and even better mother. How can someone be so evil to kill a mother of 3 young kids?!?! Neysa Tonks was always such a positive and powerful woman! You were there when times were tough for me and I will never forget that!"

Another friend, Mukand Mohan, also wrote a touching tribute to Tonks after learning of her death, saying, " ... Neysa was the most amazing person we knew ... She had a great smile and the most positive outlook to life! She will be fondly remembered and will stay in our memories forever!"

Tonks certainly touched so many people throughout her life, both personally and professionally. Tonks' company, Technologent, has set up a GoFundMe page on behalf of her family as a way on honoring their former employee.

Tonks will undoubtedly be missed by many people and clearly left a big impression on the world and on those who knew and loved her.