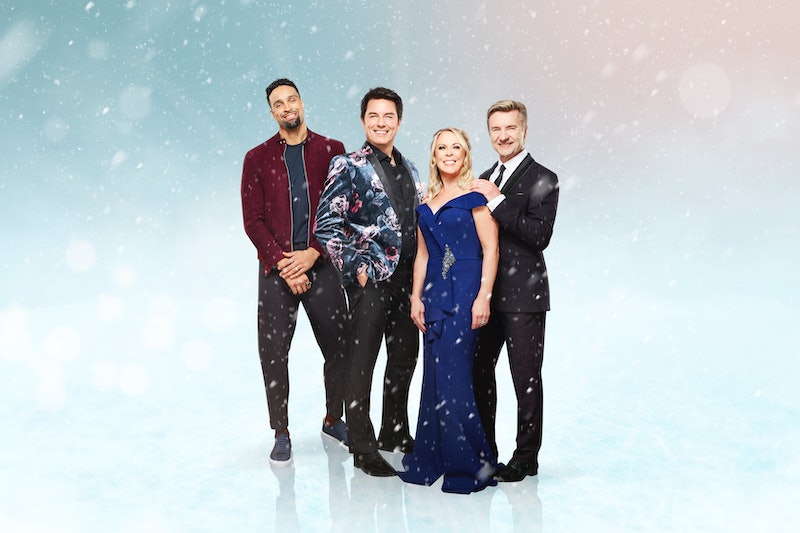 As we approach the new year, fans of ITV's ice-skating phenomenon Dancing on Ice will be looking forward to the show's upcoming 12th run. However, with Christmas right around the corner, audiences are also being treated to a star-studded festive spectacular, which will see several former contestants make their grand return to the famous rink. But who will be on the Dancing on Ice Christmas special?

Well, in addition to some returning faces, the official lineup of next year's 12th series, which is set to begin on Sunday, January 5, will also take to the ice for the very first time during the Christmas special.

The Dancing on Ice 2020 lineup is as follows:

Chinyanganya stepped in to replace Michael Barrymore after he was forced to quit the competition. However, Barrymore will still appear in the Christmas special, as it was filmed before he sustained his injury.

Joining the latest batch of celebrity skaters on the Dancing on Ice festive spectacular will be last year's standout contestant Gemma Collins, I'm a Celebrity's Jake Quickenden, who won the skating series back in 2018, and X Factor runner-up Ray Quinn — who according to The Sun, will return to the ice more than a decade after first skating his way to victory.

Longtime hosts Phillip Schofield and Holly Willoughby will be back to preside over the Yuletide proceedings, but how will Dancing on Ice at Christmas compare to the main series? As iNews reports, the ITV special is largely expected to mirror the usual format, however, fans can look forward to a special performance from judges, and British Winter Olympic champions, James Torvill and Christopher Dean.