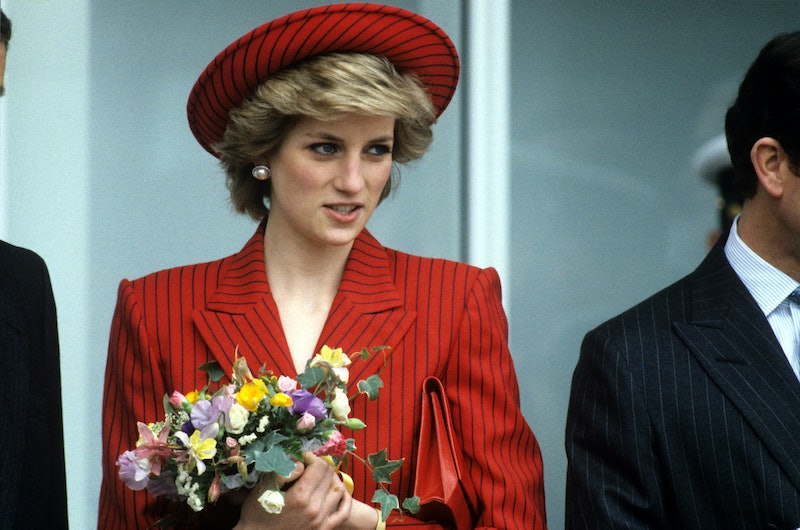 Fans of Netflix show The Crown have no doubt been patiently waiting for the moment the series catches up to include the beloved Princess Diana. And while there is still a little way to go, it's said that casting is about to commence. A new report has suggested a job ad of sorts has already gone out for the role, which producers of the show envisage being Lady Diana at the ages of 18-22 for the fourth season of the Netflix favourite. But who will play Princess Diana in The Crown?

It's a big question, but if the reports are true, and this ad is legit, it sounds like show execs know exactly what they want — and it's pretty surprising.

Bustle has reached out to Netflix for comment on said ad, and we will update you when we hear anything.

As The Sun reports, the ad expressed that the team are looking for an actor with "extraordinary range" and, it a somewhat surprising move, they are seeking a "new young star," as opposed to an established actress, for the role.

The ad then takes a turn: "She has to play charming comedy, flirt and social exhibitionist on the world stage, desperate and lonely self-harmer at her lowest ebb and the kind of psychological intensity of Mia Farrow in Rosemary’s Baby."

This is pretty surprising, and says a lot of people's perceptions of Diana (and public female figures in general). Words such as "flirt" and "exhibitionist" were typically thrown around when it came to descriptions of Diana, simply because she was a woman with agency. The "lonely self-harmer" line could be read as a slightly reductive description of Diana's alleged struggles with her mental health, and the Rosemary's Baby thing? Bear in mind this is a film about a young mother who gives birth to the devil's child...

A source apparently confirmed to The Sun that they are willing to go big or go home with their choices when it comes to the character of Diana: "Peter [Morgan, the showrunner] is not going to hold back on how Diana impacted the Royal Family, just as he didn’t when he wrote the Queen. It could ruffle a few feathers."

So, who could actually play the role? There could honestly be so many options, but, according to The Sun, betting site Ladbrokes has already got three actors on their books, with Florence Pugh (of Little Drummer Girl, pictured below) at 6/1, and Lucy Boynton (Bohemian Rhapsody) and Ellie Bamber (Nocturnal Animals) coming in behind.

One of the most well-known actresses to have played Diana is Naomi Watts, who took on the role in 2013 film Diana. I'm not sure if you agree, but IMO they could not have cast someone who looked more like the Princess if they tried!

The third series of The Crown will return to Netflix this year, and will feature recent Oscar winner Olivia Coleman as Queen Elizabeth, Tobias Menzies as Prince Philip, Helena Bonham Carter as Princess Margaret, and Josh O'Connor as Prince Charles.

Speaking about the future of the show, series producer Suzanne Mackie explained to the Hollywood Reporter:

"As we get closer and closer to  the present day, our audience will have a more vivid reaction to the events we depict."

That's certainly true when it comes to the inclusion of Princess Diana, who is remembered by many members of the British public as a national treasure.