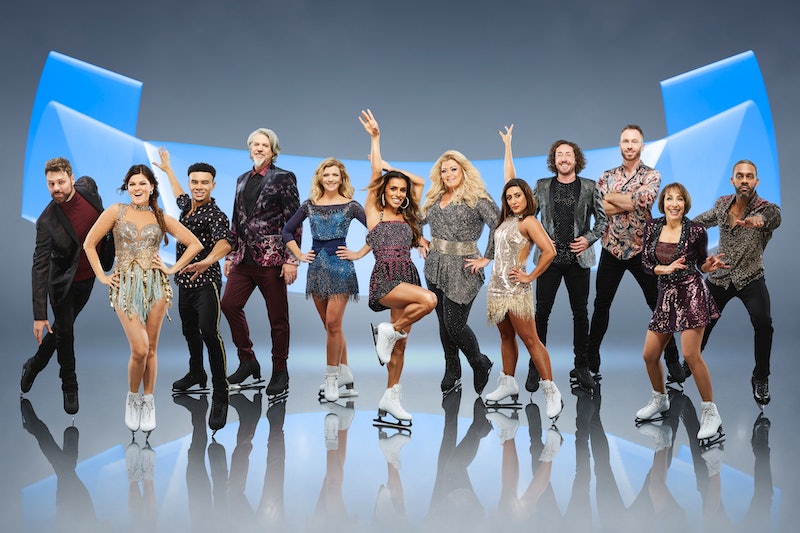 The eleventh series of the hit ITV skating show Dancing on Ice is close to crowning its 2019 champion. This weekend the remaining contestants will battle it out for an all important spot in the grand final, however there are some seriously smooth skaters in this years lineup, so getting there certainly won't be easy for the competing celebrities. But which contestants have what it takes to go all the way? And who will win Dancing on Ice 2019?

According to Sky Bet, the current favourite to be named Dancing on Ice 2019 winner is Love Island's Wes Nelson, with odds of 4/9. Not far behind is the former-Strictly Come Dancing star James Jordon, who currently enjoys odds of 9/4. Bookies have placed former Westlife singer Brian McFadden and X Factor runner-up Saara Alto as the joint third favourites to take home the gold, with odds of 16/1.

As reported by the Express, Nelson and Jordan have been firm favourites ever since the ITV series skated onto our screens back in January, and over the past few weeks the competitors have been neck and neck in the bookies predictions. The Love Island and Strictly stars have also been very close on the judges leaderboard throughout the season. However, Nelson did manage to bag the first ten of the series last weekend, after a magnificent performance to "Treasure" by Bruno Mars.

Another bookmaker to weight in on the current Dancing on Ice betting odds is Jessica Bridge from Ladbrokes. When speaking to the Express about the current favourite, Bridge said "Wes Nelson remains streets ahead of his Dancing on Ice rivals according to Ladbrokes. The former Love Island contestant now finds himself at just 2/5 to be crowned as this year's King of the Ice, with James his only serious contender for the title who's fancied at 5/2 with the bookies." Bridge then added "Wes has been the favourite to win since day one, and at this stage, it's going to take one hell of an upset to see him miss out on the trophy." And another Ladbrokes spokesperson, Alex Apati, continued on to say "He's headed the betting from the offset and Wes' odds of winning are only shortening with the final fast approaching."

Former-Dancing on Ice choreographer, Stephanie Wallace-Carr, has also shared her opinion on who will make it to the grand final of the 11th series. Speaking to the Express, she said "I think Wes Nelson might win he has so much natural charisma whilst his performances are energetic and entertaining. I feel like he always gives 110 percent and is fearless which I believe is essential to get the best out of a skater. The British public also really like him, so I think he has a great chance of winning." So it sounds as if Nelson is in with a pretty good chance, but as fans of the ITV show already know, anything can happen.

The most recent celeb to wave goodbye to the ice skating competition was former-Pussycat Doll, Melody Thornton. The 34-year-old and her partner, Alexander Demetriou, became the eighth pair to leave the show after a skate-off against Saara Aalto and her partner Hamish Gaman. Earlier in the episode, viewers witnessed Thornton admit to confidence struggles she had faced whilst taking part in the series. According to Digital Spy, she said "My confidence keeps getting kicked every week. I’m like, 'come on, girl? Who are you?'"

Dancing on Ice continues this Sunday at 6.00 p.m. on ITV.