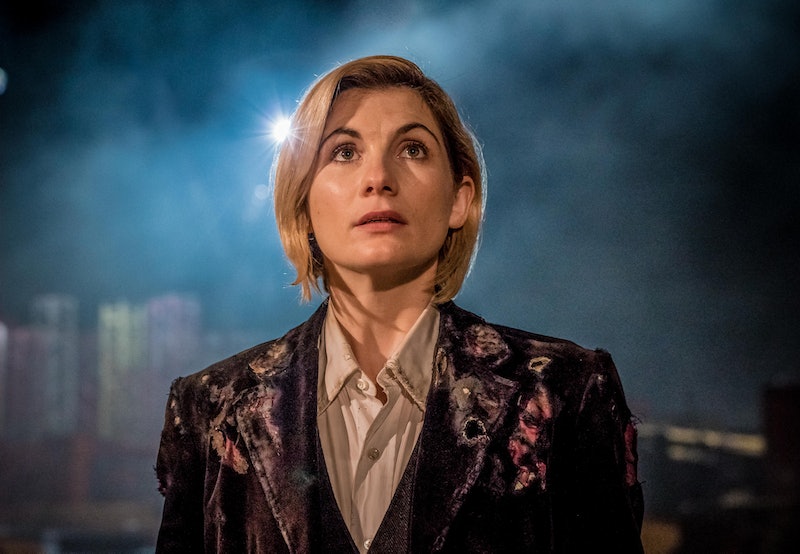 The current series of the iconic BBC show Doctor Who kicked of it's eleventh run this month, and has already made waves with it's ground-breaking casting of Jodie Whittaker as the first female Time Lord. The current season has also introduced a whole new supporting cast, who have so far brought in some rave reviews to the newest addition of the franchise, but who wrote Doctor Who series 11?

The eleventh series of the hit science-fiction show was penned by Chris Chibnall, a British television writer and producer who's previous work includes the likes of Doctor Who spin-off Torchwood, as well as ITV's detective drama Broadchurch, which also starred Whitaker as one of the show's lead characters. Originally from the North East, Chibnall graduated with a Drama BA and an MA in Theatre and Film, taking up his first job as an archivist at Sky Sports, local magazine The Marshwood Vale reports. He now lives in Bridport, Dorset, which served as an inspiring backdrop for the fictional Broadchurch.

In an article he wrote for the Radio Times, the 48 year-old writer discussed how he came to acquire his most recent position, which he described as a "dream job." He revealed that Steven Moffat, the previous Doctor Who show-runner, invited Chibnall over for dinner and told him "I’m sorry but I’m about to derail your life. I’m leaving Doctor Who. We’ve all had a chat and agreed you’re the best person to take over".

Chibnall also commented on the landmark decision to cast the first ever female lead, and what viewers can expect from her portrayal of the legendary character. He said: "Just a few seconds with Whittaker’s lively, warm, funny, super-smart Doctor will have you willing to follow this Doctor to the ends of the universe."

Chiball also previously discussed his adoration of the supporting cast, which includes Bradley Walsh, Mandip Gill and Tosin Cole. He said: "The new Doctor is going to need new friends", and continued "We’re thrilled to welcome Mandip, Tosin and Bradley to the Doctor Who family. They’re three of Britain’s brightest talents and we can’t wait to see them dive into brand new adventures with Jodie’s Doctor. Alongside them, we’re delighted that Sharon D Clarke is also joining the show", reports the Radio Times.

And it appears that Chibnall's acclaimed writing talents haven't gone unnoticed by critics, who have widely praised the first few episodes of the eleventh series. One episode in particular, titled "Rosa," seemed to strike a cord with critics and viewers alike, who praised the episode's inclusion of the historic civil rights figure, Rosa Parks. During the episode, the Tardis traveled back to 1955 Alabama, the day prior to Rosa Parks' famous sit-down protest on a segregated bus — which went on to become one of the most memorable moments in the fight for racial equality in the United States, which continues to this very day.

One review of "Rosa" from the Independent praised the episode's ability to both honour the historic figure, and stay true to Doctor Who's roots. It noted that the episode "feels written as much to celebrate the legacy of the fearless souls who fought racial oppression in post-war America as to tweak the Sonic screwdrivers of the hardcore element of the Who fanbase."

Fans of the show took to social media to express their praise of the most recent episode of the new series.

As Doctor Who enters a new and exciting chapter in it's history, longtime fans of the television phenomenon can look forward to yet more thrilling, and thoughtful episodes throughout the current series. And the exceptional writing talent behind the camera, combined with the show's diverse cast, make the new series all the more entertaining. Bring on next week.